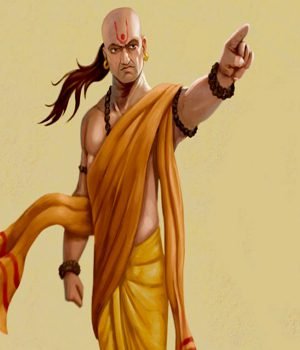 He is credited with orchestrating the fall of the Nanda empire, and establishing the Maurya Empire that ruled over almost the entirety of ancient India, he is known for his intelligence and ruthlessness, and he is credited for his two (known) works Chanakya Neeti (India, UK, USA) and Arthasashtra (India, UK, USA).

They’re both great books, and in this article I’m going to share some of my favorite quotes from Chanakya Neeti:

(Just a small note before we start: Chanakya Neeti was written almost 2400 years ago in Ancient India. Some of the messages may seem weird to you if you’re unfamiliar with the history and culture of India.

Also, most of these are thumb rules, outliers exist, both as people and as situations, you have to be smart enough to know when a teaching must be applied and when it shouldn’t be.)

Like a calf finds it’s mother cow even among thousands of other cows, the consequences of ones actions seeks it’s doers unerringly.

Even if the destination or the desired object be far away or difficult to achieve, one can reach it if they are determined enough.

The root of the tree must be protected at all costs as the whole tree derives it’s strength from it. If the root is lost, then neither the leaves would remain, and nor would the branches.

Just how the purity of gold is tested by rubbing, cutting, heating, and beating, so also a man is tested by his sacrifice, moral conduct, innate qualities and his actions.

He who’s mind is not steady does not find happiness either amongst the people or in the solitude of the forest. When alone, he longs for company, and when in company, he longs for solitude.

One must save money for bad days. No matter how rich and established you are, financial distress can find you just by pure chance. Riches are fickle by nature and large swaths of wealth can vanish in an instant.

Meet obligation with obligation, violence with vengeance, and wicked with wickedness. There is no harm in acting foul with foul people.

One must keep asking themselves the following questions: How are the times? Who is a friend? What type of land is this? What is the income and the expenditure? What am I and how much power do I really posses?

One should not grieve for the past nor should one worry about the future. A wise man lives only in the present and charts the course of his life accordingly.

Staying close to kings, fire, teachers, and women can yield disastrous results, but staying far away from them do not produce any good results either.

The leading causes of death are a wicked wife, a roguish friend, an imprudent servant, and living in a house infested with snakes. There is no doubt about it.

No one has ever heard or seen a golden deer, nor does it even exist, but behold the craving of Lord Rama. The onset of evil days begins when one’s wisdom fails.

A mere trickle of tiny drops of water can fill a pitcher. The same way, we must keep on collecting knowledge, Dharma, and money.

Shun a friend speaking fair on the face, but acting foul in your absence, like a venom filled pitcher with milk on the top.

Prudence lies in not disclosing the following secrets to anyone: loss of one’s wealth, personal tragedies, suspicion of a wife’s conduct, and past public shame or disgrace.

That’s all for today.

If you liked the article, please share it on your favorite social networks using the buttons below:

The Problem With Online News (Why it’s all Outrage) 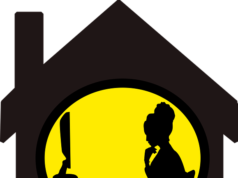 Is Working From Home The Future? (And The Effects of WFH) 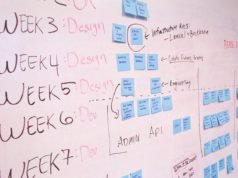 How to Start a Startup (CS183B Stanford, Y Combinator)