Menu
LMM
Misc
Fame Is a Curse: Why You Should Avoid Becoming a Public Figure

Fame Is a Curse: Why You Should Avoid Becoming a Public Figure 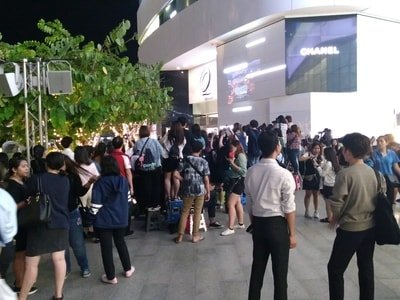 Reading Time:
6 Minutes.
Contents hide
1. You actually get to enjoy your life and money
2. It saves you time
3. Fame is a nuisance
4. It saves you from frivolous litigation and the resulting reputational damage
5. You don’t have to live up to random expectations other people set of you
6. It’s better for your family
7. It gives you the ability to forget and move on
8. People will literally hate you for being successful
Insecurity at its finest
Seek wealth, not fame or status.

Fame is a curse.

Being famous in your industry is not a bad thing (because it brings you more business), but being famous among the general public is a curse.

If this isn’t obvious to you, here’s why you should avoid chasing fame (and instead chase wealth):

1. You actually get to enjoy your life and money

Being famous brings in tons of unnecessary attention.

If you are rich, you can basically do anything you want, you can go wherever you like, you can live however you want – YOU ARE FREE.

However, if people are constantly observing and publicizing your every move, you have to always watch what you do and say, i.e., you’re just another slave with money.

If you want to live peacefully, it has to be done in relative obscurity.

Case in point: popular actors often try to fade out of the public eye once they make their money. You’ll often find them wearing glasses and covering their face to avoid getting spotted by morons. Fame is a nuisance (see #3).

2. It saves you time

Everybody wants a famous person’s time.

Be it for a selfie, an autograph, or even some advice – it all costs them time.

Often readers email me asking me something or the other. I used to answer them all, but eventually, they got so many that I just couldn’t be answering them without incurring a significant overhead to my day. And these are just emails.

Imagine people who like your work asking you questions in real life. You would have to be kind and answer them – after all, they’re your fans/readership. Even though you’d rather be doing something else, you’d almost be obligated to answer them.

3. Fame is a nuisance

Being famous brings an unreal amount of nuisance to your life.

For most people, chasing around famous people is no big deal – their time is of no value to them (they spend 5 hours of it watching TV every single day).

All these kids who think getting chased around by idiots is “the fun part” are too immature to understand how crazy it’s like to always have random people gathering around you who think they know you on some level.

Why would anyone in their right judgement want their lives to become like this? It doesn’t make sense.

I feel bad for the people who have to deal with random people showing up every time they leave their house. Fame truly is a curse. (I wouldn’t want to leave the house)

4. It saves you from frivolous litigation and the resulting reputational damage

In today’s world, you can get sued for anything, and I mean ANYTHING.

When you are rich, you become a target to predators who are just trying to make a buck off suing people.

Crazy and dishonest people are out there, and if you manage to turn enough heads, you’ll eventually turn a few crazy ones towards yourself too.

You may not hear about it as much, but frivolous lawsuits are more common than you think.

Random allegations made by people also cause you reputational harm.

The kangaroo courts of social media have much higher conviction rates and much lower standards of evidence than those of non-kangaroo courts.

Your words are intentionally misinterpreted to absurd degrees (and ‘correcting’ the record is often impossible or time-consuming).

Have you heard of people come up 20 years later calming some crime happened, and now that you have money you should give them some of it? #MeToo.

5. You don’t have to live up to random expectations other people set of you

When you are a nobody, nobody expects anything from you.

As Sam from Financial Samurai (where this article has been inspired from) puts it:

“As a 5.0 rated tennis player, I’m supposed to readily beat 4.5 rated tennis players. If I do, nobody cares. But if I lose, as I’ve done before, it’s a disaster. I’d much rather be a 4.0 tennis player and beat up on 4.5s and 5.0s instead. This is why there are so many sandbaggers in any competitive activity.

Think about all the celebrities out there who are expected to always look good in public. What a drag! Most of the time, normal people just want to put on some comfortable clothes after washing their faces, and go for a leisurely walk without anybody taking their picture.”

Also, it’s much easier to beat expectations when they don’t expect much out of you!

6. It’s better for your family

Your family deserves better than being chased around by random people asking them about you.

If you are successful, and you’re famous – people don’t just have expectations out of you, they also expect a lot from your family – more specifically, your children.

They don’t desire fame, they never said “I want fame”, but they have to deal with the expectations and negative effects, just like you.

For example, people expect a sportsman’s child to be good at their sport (whether the child likes the sport or not). They’re child stars like the ones on on a reality show by default.

These unnecessary expectations harm your children’s ability to pursue their own interests and be their own people.

Your children should not have to feel the pressure of matching your success.

I feel bad for all the billionaires’ kids because they are expected to perform just as well as their fathers right out the gate. They do not have the ‘privilege’ to stumble and fail their way to success the same way you and I do.

7. It gives you the ability to forget and move on

If you’re a nobody and you mess up, people will soon forget it because they’re too busy with their own lives.

However, if you’re someone of interest, and you make a mistake or say something inappropriate, it will forever be remembered and be used against you when the opportunity presents itself. (case in point)

Your words can and will be interpreted in the worst possible way and will be used to “shame” you into becoming their slave.

Your average nobody can shit his pants in public by accident and move on with his life. If your average celebrity does it, people will never let them forget it happened.

(It’s a slightly weird example, but it highlights the fact that you can walk away from a lot if you are a nobody. Famous people don’t have the right to forget.)

8. People will literally hate you for being successful

Everyone thinks they are better than everyone else and no one likes having that illusion destroyed.

When people know how successful you are, they will immediately compare themselves to you and be reminded of their own failure, and they will hate you for it.

They’ll hate you not because you’ve done something to them, they’ll hate you because they’re people and that’s just how the masses are — crabs in a bucket.

Many of them will emotionally feel that their failures are caused by your successes and will try to hurt you to “get even”.

It’s not a secret that average people dislike successful people.

(If you don’t believe me, just rent an expensive car and drive down the road. You’ll find that people will call you an asshole even if you follow all the rules of the road.)

No one likes seeing someone more successful than them.

(Case in point: Justin Bieber. The masses hate that kid just because he did better than them, out of pure chance or not)

Jealousy is a strong emotion.

This is why so many wealthy people practice stealth wealth, and reveal their true wealth to only a select few who they know will be happy for them.

It also lets you avoid random relatives asking for “I have an idea for a business you fund me or I’ll call you an asshole forever” money. (Everyone wants a slice of your pie)

Fame truly is a curse.

Insecurity at its finest

I’m not sure what went wrong with society that almost every kid started chasing fame at the expense of their long-term prospects and wellbeing.

You see all these kids posting half-naked shots of themselves on Instagram to try to gain some popularity as an “IG model” – they have no idea about the problems they are creating for themselves.

So many of them have ruined their career prospects by saying and putting up inappropriate images of themselves on social media in a hope to gain some cheap fame.

There’s only one conclusion: people (especially children and teenagers) have become so socially isolated and insecure that they feel a strong need to get attention from random people on the internet.

This problem is worse for women than men because women get likes and attention easily on social media if they’re willing to show a bit of skin. These likes, attention, and comments from strangers make them feel better about themselves and make them want to do it more and do it more sluttily. It’s an insecurity fueled feedback loop.

These girls will never be happy. Like drug addicts, they’ll chase one high after another, usually in the form of constantly uploading photos of themselves to keep the likes (the fix) coming. (Some will even create fake controversies to get attention and money – see #4)

Because you are on this website, I’d highly recommend that you avoid this trap (especially if you’re female!). Instead, recommend you to:

Seek wealth, not fame or status.

In the next article, I’ll discuss how you can keep your privacy in a world where privacy is becoming more and more scarce.