Menu
LMM
Life
Are You Truly Ugly or Is the Media Messing with Your Head?

Are You Truly Ugly or Is the Media Messing with Your Head? 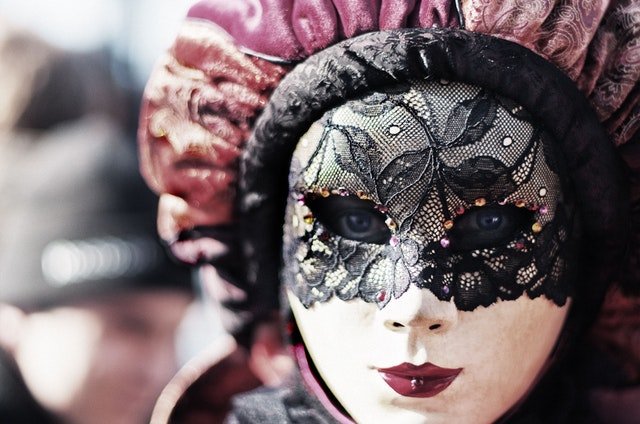 From the desk of Harsh Strongman
Subj: Hollywood and Social Media Induced Insecurity

Every character on TV looks good.

Usually “unrealistic standard” is a complaint women make, but as a matter of fact – all of the people on TV look unrealistically good.

I say unrealistic because it’s actually not real.

These people wear tons of makeup and have the benefit of a crew of professionals editing the photos and videos to make them look as appealing as possible.

They have trained hair stylists and plastic surgeons that make them look insanely symmetrical and perfect and flawless while still appearing “natural”.

Let’s compare the images below:

Yes, they’re both the same person. It’s Kesha, a popular singer and actress. You’ve probably seen a few of her music videos.

But you never really see the realistic, freckle-filled person on the left, do you?

This is the difference makeup, an editing studio and a hair stylist can make.

Because you’re probably male (websites like mine usually have male audiences), let’s see a male comparison: 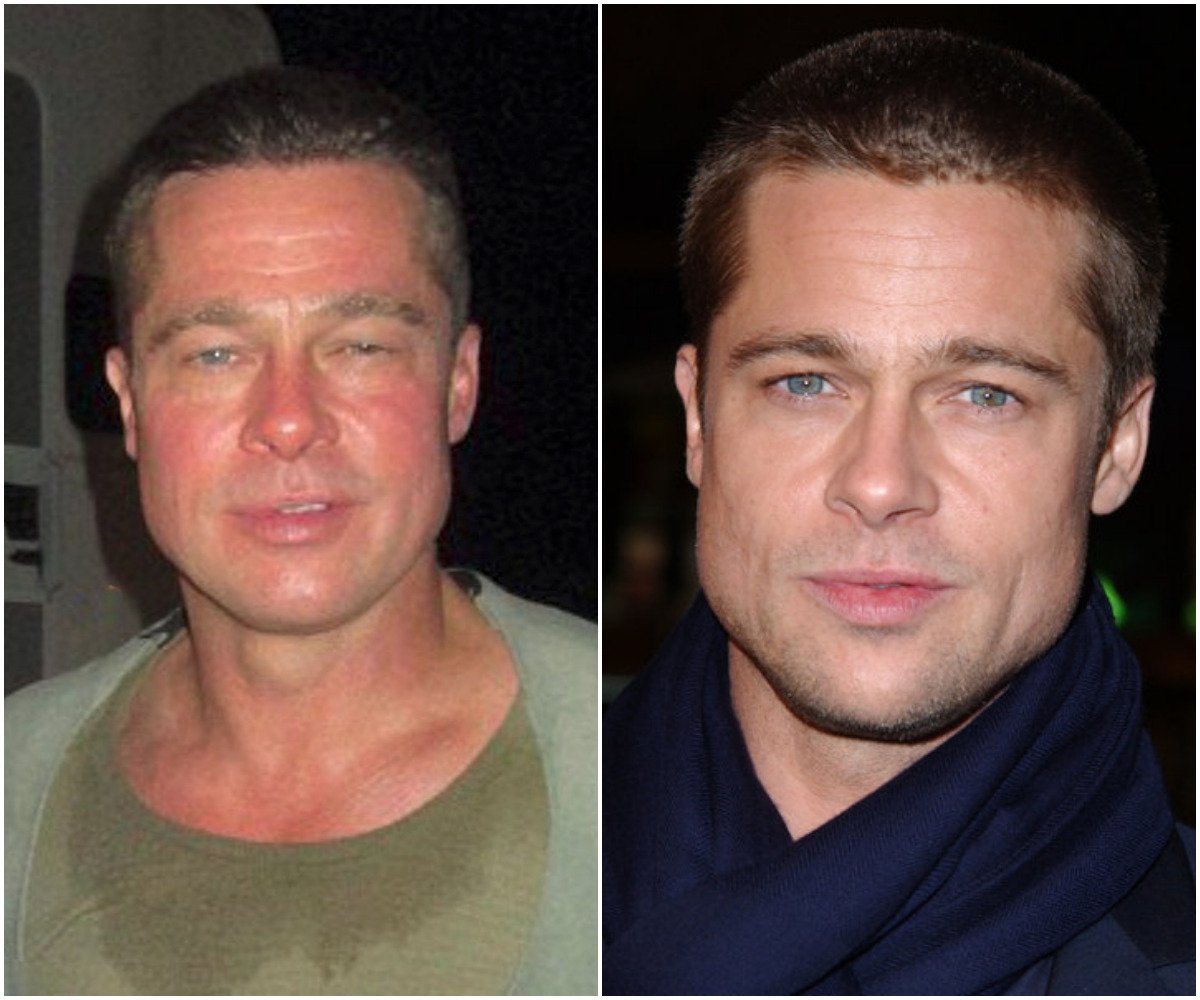 This is Brad Pitt, a very popular actor and someone who’s won numerous “hottest guy” polls.

On the right, he’s on his A game, on the left, ehhh… let’s just say I’ve seen better.

Let’s do a few more of these images before I finally get to the point. 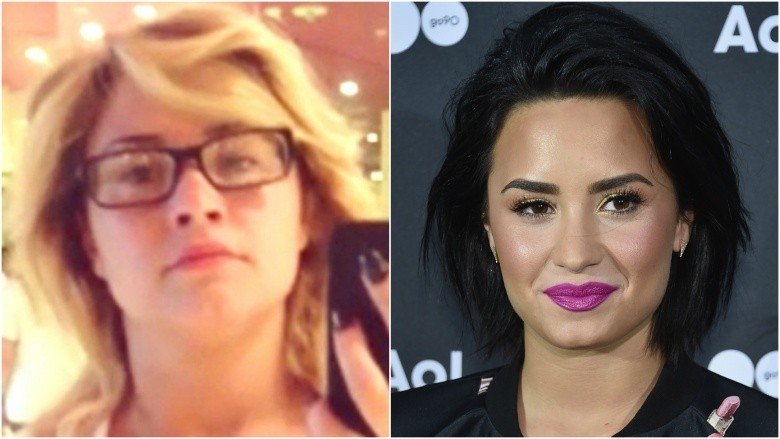 Ryan Gosling (picture on the left is also edited, but notice the change in skin color): 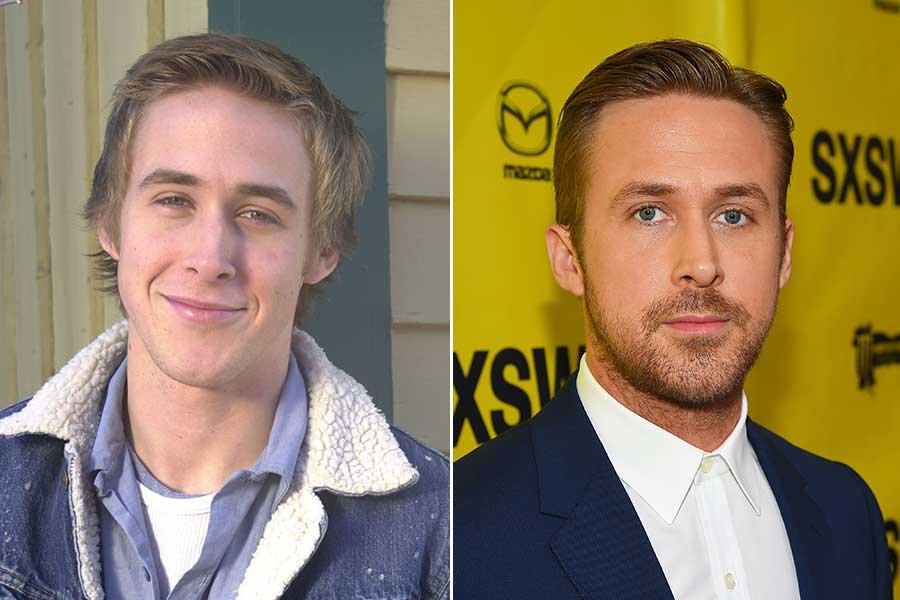 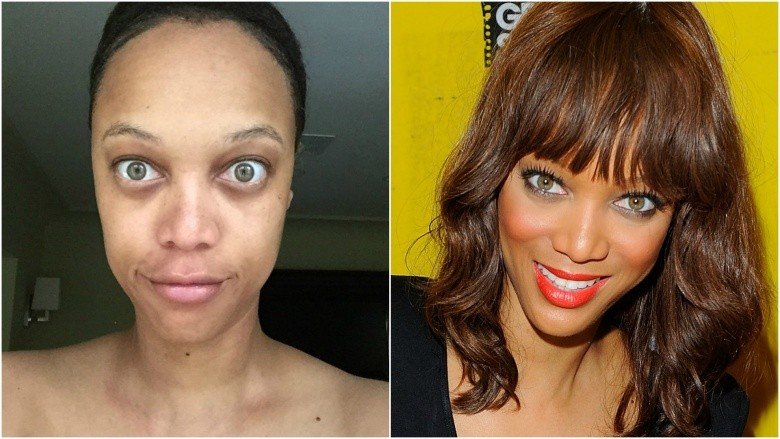 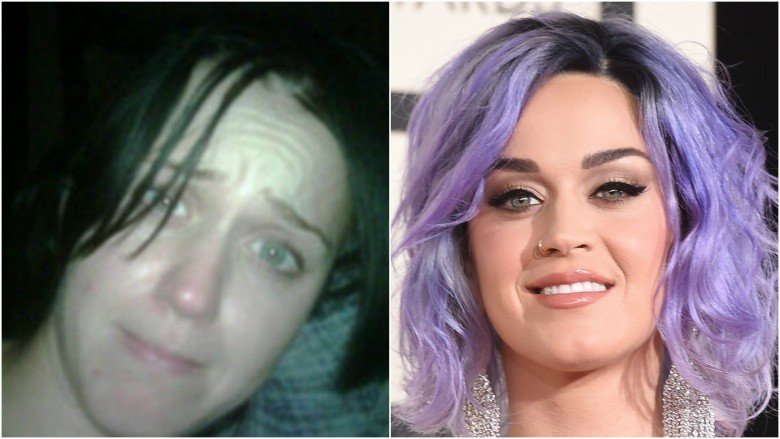 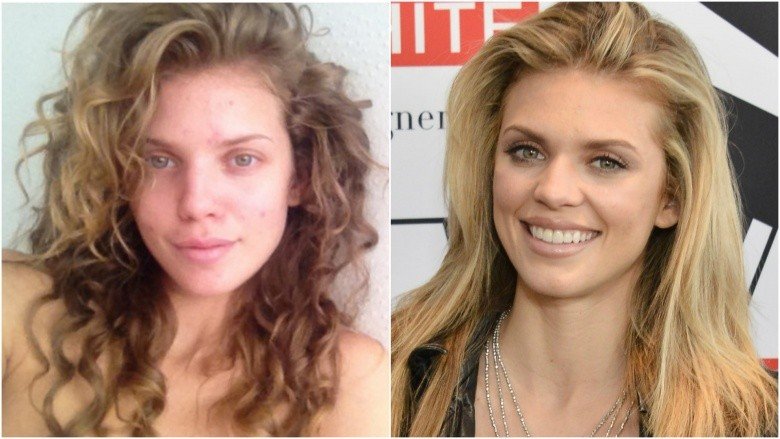 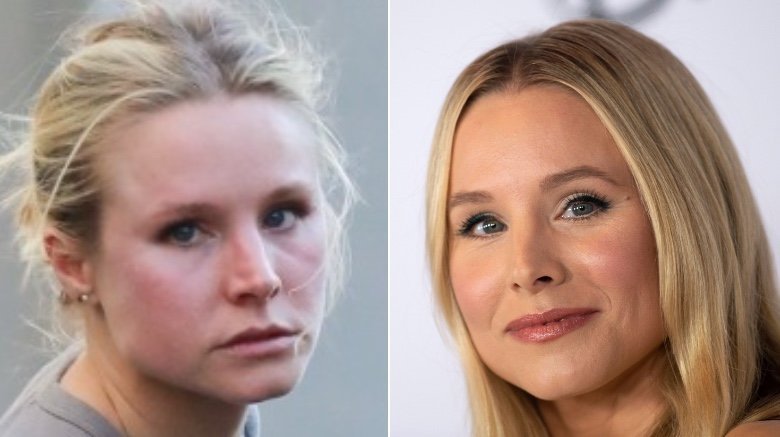 But, you only see the people on the right when you’re on TV, and you naturally compare yourself to them.

Humans are creatures that compare.

When you see someone, you naturally compare yourselves to them.

When I see someone that looks great, I compare myself to them.

It’s how humans are naturally wired. It’s how we find our position in the pecking order.

The problem here is that you’re comparing yourself to someone that does not exist.

I’m not going to lie – many of the people whose images I’ve shared above are above-average looking people.

But they are not the godlike personas of themselves on the right without some help from makeup and Botox and Photoshop artists, and quite possibly the plastic surgeon.

It’s a facade and an illusion.

You are comparing yourself to an illusion.

These people are in the business of looking good. It’s their career to be hot and eye-catchy, and their industry will use every bit of help possible to make it happen.

But for your reptilian brain, it’s simply another person to compare yourself with and subconsciously figure out its “rank”. The reptile brain does not understand the difference between the illusion and the real.

When you spend hours a day looking at the TV, doing that comparison (whether you realize it or not) – you become insecure.

You see hundreds of faces of both men and women, immeasurably better than yours (and better than everyone you know) and your brain processes “aw shit, I’m squarely at the bottom”).

“I’m not even in the same league as these women” and “I wish I could look like that” (while also realizing that it’s probably too difficult). [Hint: it’s impossible]

Sure, you could dress well and get fit, but look as great as the guy standing under perfect lighting, every flaw on the skin erased with Photoshop, glow, and smoothness added when needed, and sharpness added to the beard to make it look unreal?

No, you can’t match that. No one can.

So you start to think that you’re just no good.

You don’t even look nearly as good as the ugliest guy/girl in that TV show.

TV has fucked with a lot of people’s self-image and self-esteem.

Women usually have an easier way to catch up than men do – they can also use makeup.

It’s not great for their psyche either, but at least they can somewhat catch up.

Men, on the other hand, are stuck.

There isn’t much men can do to immediately improve their face, so they usually spend years feeling insecure about their looks.

It doesn’t help that men don’t receive a lot of appearance-based compliments either.

Resultingly, most men have an inferiority complex.

(But no one talks about it for some reason)

They’re all inferior to the illusion of perfect everything.

It’s true that a few of these actors are actually ridiculously good looking people, but the vast majority aren’t.

The vast majority can’t even beat the guy/girl you have a crush on without enhancements.

You’re probably not as ugly and hideous as you think you are either.

(Sure, if you’re fat and can’t dress well and don’t groom your hair – you’re ugly. In that case, you need to get to work. But for most of you – things aren’t bad.)

Outside of their acting skills, here’s how these people differ from everyone else:

And that’s it. That’s all the things.

In fact, if you are fit, well groomed, and well dressed, you’re probably lapping a lot of these “sex idols” without makeup and editing.

Stop comparing yourself to illusions.

(If you’re bored and want more of this, just Google “celebrities with and without makeup”)

Many of you kind of already, sort of, know this – but even if you understand it, it still affects you.

I’ve met quite a few celebrities in real life, and here’s the thing:

Your above average “cute guy/girl” usually looks just as good as (or even better than) them in real life.

You probably have a few friends that are hotter than Megan Fox without makeup.

Remember, any shmuck can be made to look insanely great when you put a team of hairdressers, makeup artists, professional cameramen, and video editors behind them.

But that shmuck is still a shmuck.

An ordinary human being. (Just like you! What a coincidence!)

If you were ever starring in a movie, these people would make you look unreal too. There really aren’t too many qualifications needed.

If you don’t believe me, spend some money and have a professional photographer shoot and edit you. See the difference.

(Or just go to Facebook and look at a photo of some girl you know with lots of makeup and an image filter added. That looks nothing like how she does in real life, does it?)

And let’s not even get into the power of using people’s insecurity to sell them things, that’s a whole another article in itself.

And not just TV, the illusion is everywhere.

You see all those bodybuilders with more muscle in one leg than you have in your whole body? 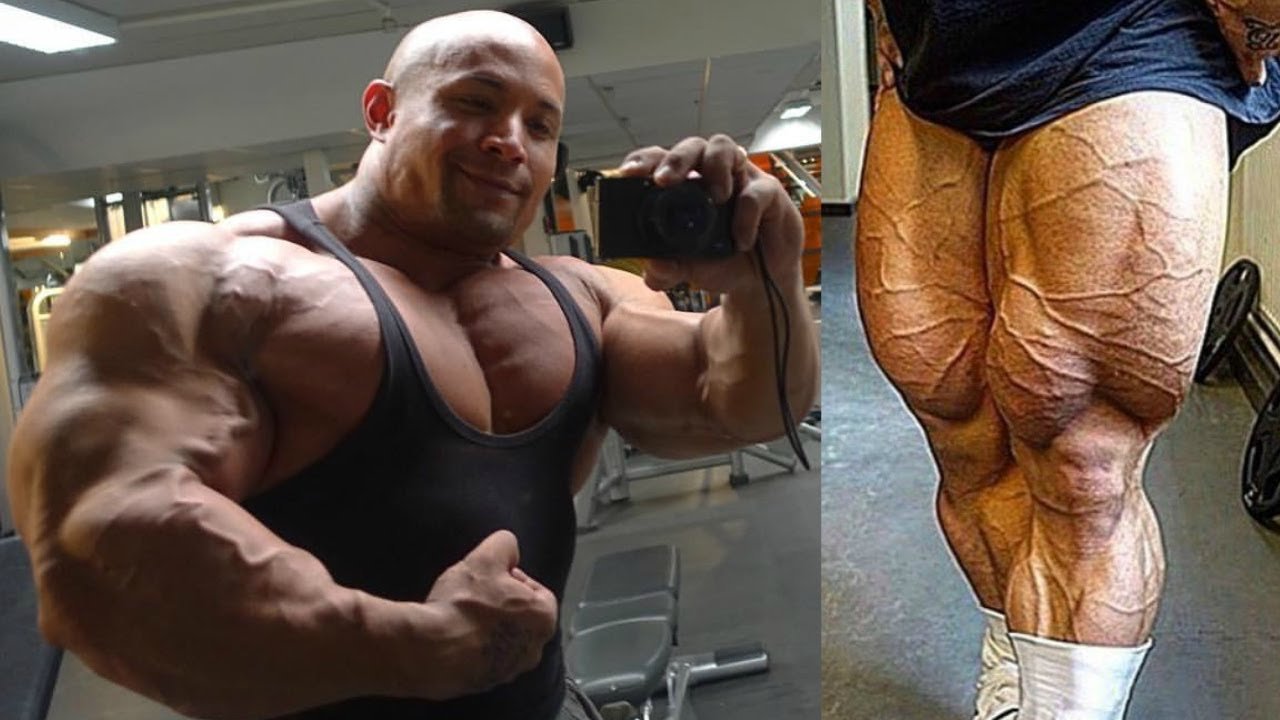 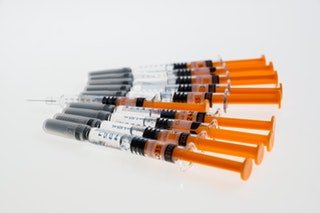 But no muscle magazine will tell you that ALL of their models use copious amounts of anabolic steroids.

Instead, they tell you that it’s all achievable, if only you buy their whey protein and supplements.

This bodybuilder starts talking about how “everyone wants to be a bodybuilder, but no one wants to lift heavy ass weight” and talks about the sacrifices you need to make to get like him – “not hanging out, going to parties, eating food, not being able to hang out with your family” and about “putting in the work”.

The guy says, “You gotta have the killer instinct to be the best. No one wants to do the hard work it takes to get there.”.

Through the video – he never mentions the copious amounts of steroids and hormones he’s shooting up to get those muscles.

He’s telling you that if you work hard, eat the right food, spend a lot of time in the gym, develop a “killer instinct” (and presumably buy the whey protein that he advertised in the first 35 seconds of the video) – you can become like him.

Hint: You can’t get to that level naturally.

Sure, you could get lean and fit, but no matter what you do, unless you shoot up some compounds, your exercise and “killer instinct to be the best” is not going to help you get that muscular.

Not even half as much.

It’s an illusion — a pipe dream.

But they want you to keep comparing yourself to all these perfect bodies. (Maybe they can get you to buy some protein that’ll 10x your muscle mass in 3 months!)

You must be inferior right? Because you can’t match the body this guy has with just hard work and his killer instinct?

The reality is, you will never win that comparison.

Not because there’s a lot wrong with you, but because that comparison is fake.

These people are fucking with your head by telling you that you’ve gotta be at this unreal level to be proud of yourself.

Don’t underrate the people you know.

You can never outmatch an illusion of perfection.

Your girlfriend/wife/boyfriend/husband/self legitimately can’t compete with someone in the business of looking good on screen.

And these people like to pretend that they’re some sort of hard-working geniuses and ethically superior to everyone else – yeah, that’s not true either.

(Pro tip: Anyone who considers things Oprah or Kanye West or any other celebrity says as “deep thoughts” – yeah, that’s a low IQ fucker. Delete the contact.

These people are actors, not thinkers. I wonder what these “fans” would say if they read Aristotle.

If you think actors are some form of deep thinkers or highly intellectual people, that would be your cue to leave this website and never come back.)

I’ll say this one more time, stop comparing yourself to people who don’t exist.

Otherwise, you’ll have an inferiority complex that no one can solve.

Also check out this eerily similar article from 2013 that I happened to find: Hollywood Loves Your Insecurity Complex.