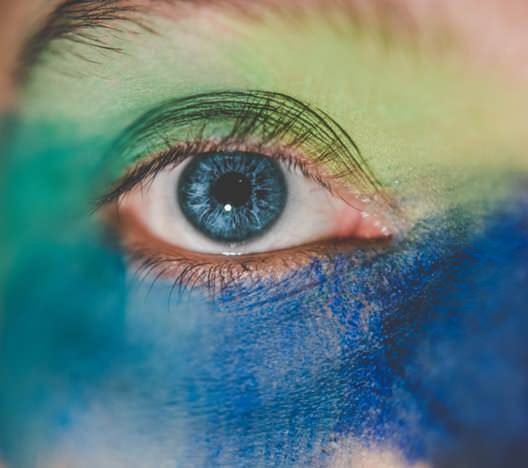 I had LASIK eye surgery in May 2018. It’s been over 5 months since the surgery now, and some of you have been asking me for a review.

I had Custom Wavefront LASIK, where they scan your eye with a wavefront laser and give you a more customized surgery based upon the unique visual characteristics of your eye. This supposedly results in a much sharper vision.

I had been wearing glasses for over a decade.

The prescription had remained stable for a few years when I had the surgery (you can’t have the surgery if your vision has changed in the past 1 – 2 years because that might result in the vision deteriorating after the surgery is complete, defeating the purpose of the surgery).

This involves verifying your eyeglass prescription, and a bunch of other eye tests.

They’re checking if you’re an appropriate candidate for LASIK.

This is also where they will measure the thickness of your cornea – if it’s too thin, then LASIK would not be a good idea, and PRK would be a better procedure for you.

My corneas measured to be quite thick so I was a perfect candidate for LASIK.

Then they scanned my eye with the wavefront machine – this takes a few minutes per eye.

Post all the tests, I was told what the surgery would involve, and they showed me animated videos of the procedure. They answer all the questions you might have around this part.

Then we decided on a date for the surgery.

The surgery involved no oral or injected medication or anesthesia.

Before anything begins, they keep putting re-wetting drops in your eyes to make sure they are not dry.

Then they take you to the surgery room.

At first, they make you lie down and they clean your eyelids with an antiseptic.

They put in a lot of drops in your eye, to make it very wet (so you don’t feel the need to blink) and some drops to make it numb.

The animation they showed me earlier showed that they attach a hooking device to the eye that prevents you from blinking, but I did not notice that happening (maybe due to the numbing drops, but I did not feel the need to blink at all).

Then a device is placed on your eye that is supposed to cut the flap. This is the worst part of the surgery, relatively speaking, but it was quite frankly nothing to be afraid of.

(A word of caution: The eye “flap” thing can be bladed, bladeless, etc., but most of the internet advice on flaps is just a marketing gimmick.

You don’t need a bladeless flap if your corneas are thick enough, and what really matters is the quality of the Excimer laser that actually performs the surgery.)

The device puts a lot of pressure on your eye, to the point that your vision will blur and go completely dark. Then you’ll hear a noise as it cuts a flap. Slightly uncomfortable, but nothing scary.

Then you’ll be asked to actually stare into the laser machine. There’s a red dot that you see and you’re supposed to keep looking at it.

This lasts maybe 15-20 seconds, and that is the entire surgery that restores your vision.

The laser is actually burning a part of your eye, so you’ll smell charring like someone was burning hair. But there will be no pain.

Then they put lots of drops on your eye to drain away all the dead cells.

Then the procedure is repeated for the other eye.

The doctor will talk to you throughout the surgery, so you won’t feel anxious.

And that’s all there was to it – I was in and out of the room in 20 minutes. Most of that time was spent in the preparation, cleaning my eyes, etc., while the actual surgery lasted maybe 1 minute per eye (the 15-20 seconds it takes to stare into the laser and 20-30 seconds for making the flap).

Post the surgery, I was asked to sit in the waiting room for some time, where I was given protective glasses to wear.

I could already see very clearly, at least out of my right eye. The left eye was also cleaner than before, but not as clean as the right.

Then they did a vision test again, and my right eye was already at perfect vision. I could see all the letters on the charts. My left eye on the other hand still had some blurriness on the last line.

They assured me it’s alright, LASIK takes one week for the initial healing, and your vision continues to improve for the next 6 months to 1 year.

I was hypersensitive to light that week. I could use a computer on low brightness (and sunglasses), but I couldn’t see the bright sky without having to close my eyes.

I went in that evening to the clinic as scheduled where they removed the contact lens bandage they had put on my eyes. Some more eye drops.

I noticed that I had some halos when I looked at bright lights at night.

Rest of the week:

My right eye was very good at this point. My vision was definitely better than I had with my glasses on – much sharper, and the colors were also much deeper (hard to explain this one).

The halos were also reducing slightly every day.

I had to use a lot of those rewetting drops because your eyes get dry for a few weeks post LASIK.

I had an appointment towards the end of the week, where the doctor noted that my left eye was slightly inflamed – mostly an allergic reaction to the laser.

Then he gave me a steroidal anti-inflammatory drop to put in my eye, for 6 weeks to bring the swelling down. He had me put them in both eyes, just to be safe.

Those steroid drops were working, and my left eye was losing its blurry haze day by day. I could start reading again in around two weeks. My vision improved every day, and those halos mostly faded away.

The steroid drops made my eyes very dry, so I had to use tons of rewetting drops.

Within two months of the surgery, my vision was very good. The surgery was a success.

My eyes are very good. It took a while before the “feeling” of having glasses on went away – I guess wearing them for over a decade makes it a part of you.

I occasionally still put rewetting drops in my eyes; after lots of computer use, the eyes feel a bit dry – but that’s no problem.

The halos are pretty much gone, with just a slight hint remaining. It doesn’t bother me at all.

Update (2.5 years later): Everything is well. No problems whatsoever, except occasional dryness after heavy computer use – easily solved by some rewetting drops. I’m very happy I got this done.

Overall, it’s a great experience, and I’m glad I got it done.

I’d rate it 9/10, a minus point for the left eye issue, but that’s apparently very rare. Less than one in one thousand have that allergic reaction (according to my doctor anyway).

So I guess that’s it. If you’re considering LASIK, I hope this has given you an idea of what it’s going to be like. It has been a great decision for me (so far).

So make sure you don’t have anything serious planned for the month or the first week at least. If you have a regular job, I’d recommend scheduling a week off.