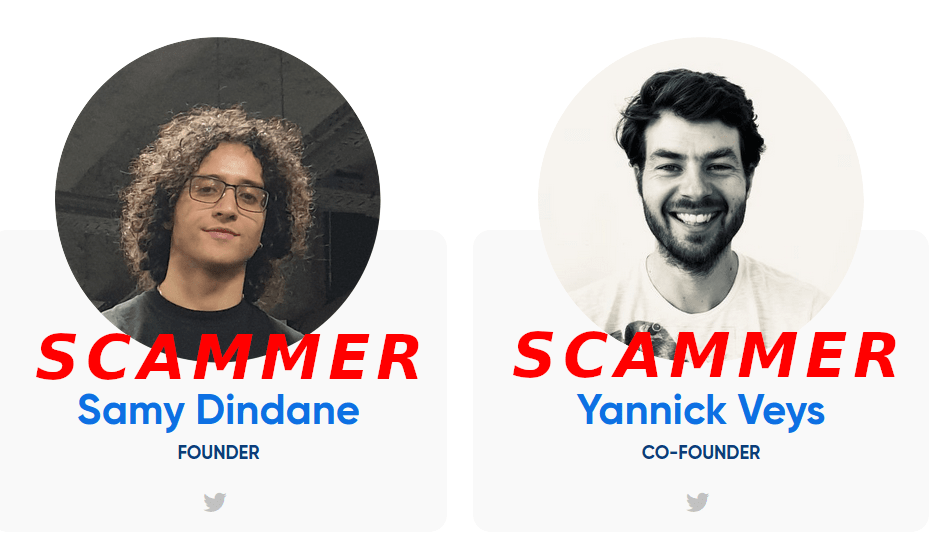 Hypefury is a Twitter automation software founded by Samy Dindane and Yannick Veys.

As many of you are aware, I used to have an agreement with them where buyers of The Art of Twitter received 90 free days of use of their software, and I would get a small commission on the monthly fee they charged for bringing them customers.

Instead of being ethical businessmen and actually holding up their end of paying us the renewal commissions (which was expressly agreed to, see screenshots below), they have decided to be greedy and close my affiliate account out of the blue after I have referred them hundreds of sign-ups and customers ($10k+ in annual business).

And then they have ghosted me and stopped responding to any emails I send them.

Contents hide
The Agreement
Here is what actually happened
Here is where things got bad.
Alternatives to Hypefury
Update to the story: Samy Dindane caught lying about what happened to mislead potential customers

Here is the screenshot of the agreement we had with them, agreed to by their founder Yannick Veys: 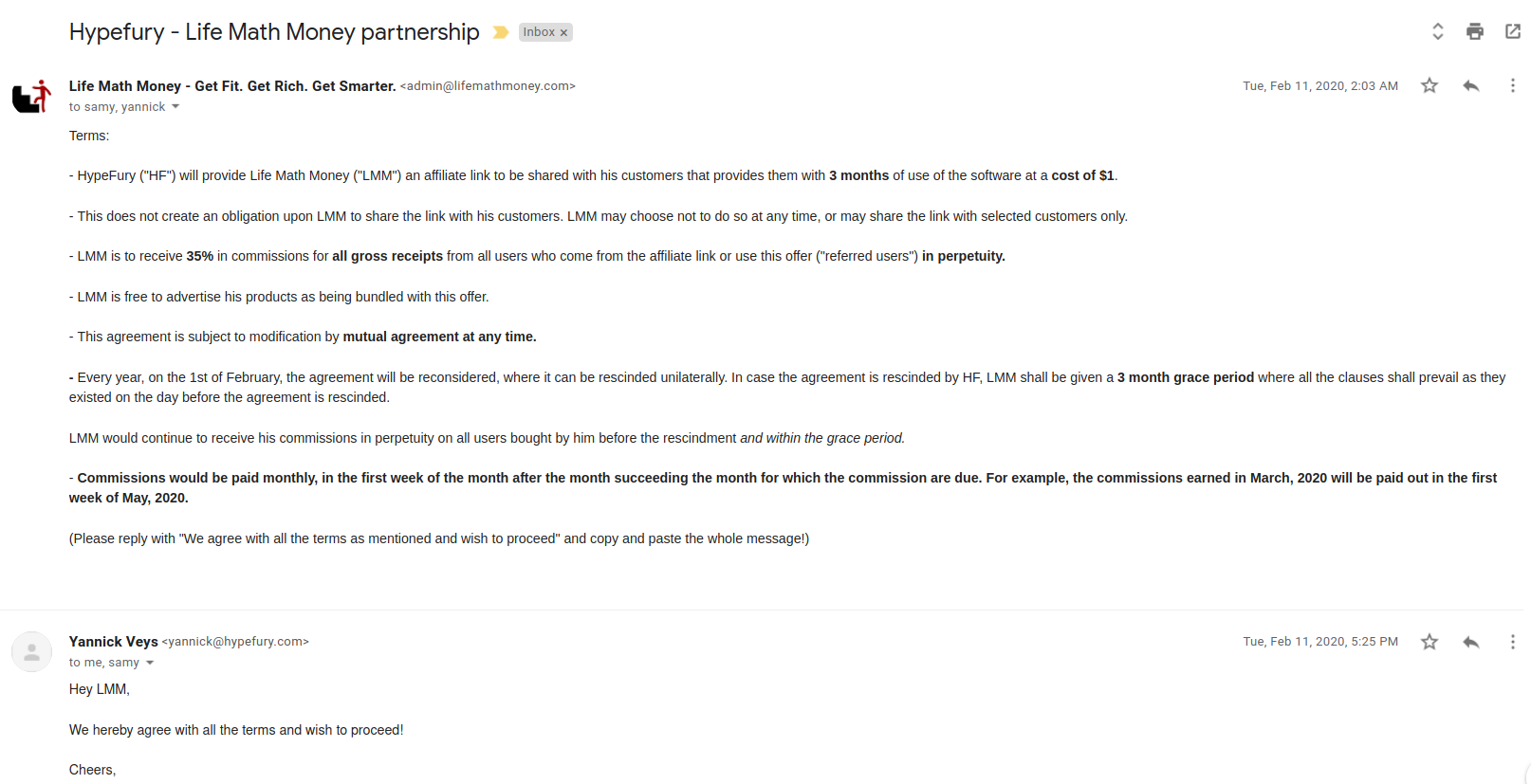 Terms:
– HypeFury (“HF”) will provide Life Math Money (“LMM”) an affiliate link to be shared with his customers that provides them with 3 months of use of the software at a cost of $1.
– This does not create an obligation upon LMM to share the link with his customers. LMM may choose not to do so at any time, or may share the link with selected customers only.
– LMM is to receive 35% in commissions for all gross receipts from all users who come from the affiliate link or use this offer (“referred users”) in perpetuity.
– LMM is free to advertise his products as being bundled with this offer.
– This agreement is subject to modification by mutual agreement at any time.
– Every year, on the 1st of February, the agreement will be reconsidered, where it can be rescinded unilaterally. In case the agreement is rescinded by HF, LMM shall be given a 3 month grace period where all the clauses shall prevail as they existed on the day before the agreement is rescinded.
LMM would continue to receive his commissions in perpetuity on all users bought by him before the rescindment and within the grace period.
– Commissions would be paid monthly, in the first week of the month after the month succeeding the month for which the commission are due. For example, the commissions earned in March, 2020 will be paid out in the first week of May, 2020.

Here is what actually happened

Hypefury got greedy. For over a year, the deal worked fine, and I bought them 100s of sign-ups and customers.

Then, as they increased their prices and wanted to change our deal to only a 75% discount for The Art of Twitter customers, we split ways.

I reached out to a few companies looking for a new partner, a couple of which wanted to work with me. I picked Zlappo because it did everything and was decently priced. (Zlappo does everything Hypefury does at less than half the price, so I was pretty happy about the switch.)

So… they violated our agreement and cut off our coupon code, even though we still had over 2 months left in the grace period clause (see agreement above). It wasn’t even done gracefully.

To quote their founder Yannick Veys, “I’m giving you the courtesy of telling you your coupon will be disabled in 4 hours” (very professional).

Although this was a red flag and a violation of our agreement, I didn’t care much because I already had another partner.

However, they still had to pay me renewal commissions on all the customers I had bought them over the past year.

Here is where things got bad.

Since they had already gotten hundreds of sign-ups and customers because of me, and they were not going to get more as I was working with a different company now, they decided to pull a very scummy move and cheat me instead.

They deleted my affiliate account with them. In other words, all the customers I referred to them last year, which they expressly agreed to pay me recurring commissions on in perpetuity – poof.

They didn’t even intimate me or send me an email about it. I was just logging in to check the month’s sales and I found that it was … gone!

Remember, this was not a regular affiliate program. This was a separate agreement I had with them that laid out terms. The entire agreement can be read above. 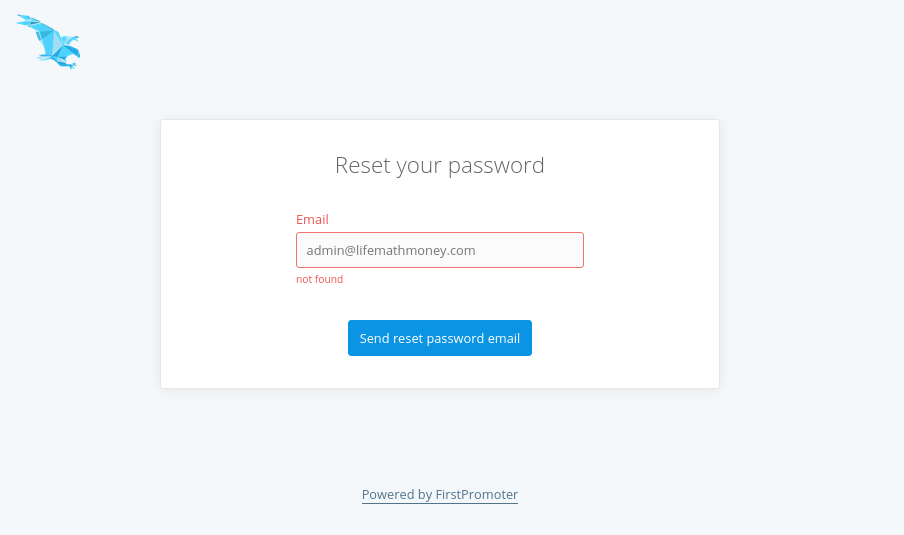 No communication, no provocation, no intimation – just gone.

And I’ve tried emailing them several times in the past after we canceled our agreement. I get no responses for weeks. 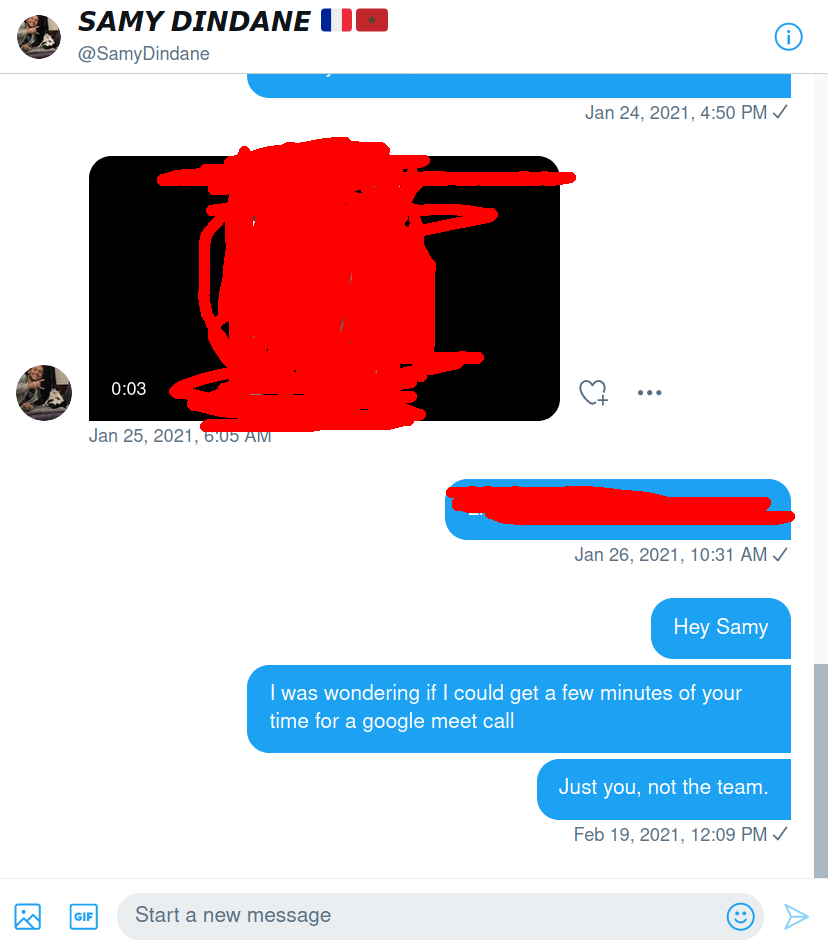 I even tried reaching out to their founder Samy Dindane on Twitter directly, but once again – no response whatsoever. See the date, this message was sent two weeks ago. They don’t respond to emails or direct messages.

In other words, they just took the money and ran.

This is a clear-cut scam. They are not honorable people, and it’s only a matter of time till they cheat more honest people.

The purpose of this article is to warn everyone who plans to do business with Hypefury – tread carefully. They will not hold to their end of any agreement and will stop responding to you after.

This not an honorable company, and unless you have a lot of legal staff to enforce your agreements, I would recommend finding a better partner.

Samy Dindane, Cheater and Yannick Veys, Co-Cheater.
Laughing at you after they cheat you.

Do you really want to give a bunch of cheaters and scammers access to your business communication?

Here are some alternatives:

1. Zlappo – This is the one I currently use, and I’m happy with them. They allow you to post threads on Twitter and also generate Instagram-ready images for you. They do everything Hypefury does but at half the price.

2. SmarterQueue – Also better than Hypefury and works across many platforms.

There are many others, like One Up and SocialPilot – check them out and find what you like, but whatever you do, do not deal with Hypefury.

Vote with your wallet. And vote for honesty, not deceit. (And if you have already paid them inadvertently, ask for a refund.)

“A faithful man will abound with blessings, but whoever wants quick riches will not go unpunished.” – Proverbs 28:20

Update to the story: Samy Dindane caught lying about what happened to mislead potential customers

Samy Dindane has been lying to people about what happened. After I published the piece above letting everyone know that I got scammed, many people stopped using Hypefury and opted for alternatives like Zlappo.

I still haven’t received any response from Hypefury, but many honest people were understandably upset about what happened to me and started asking Samy Dindane to own up on twitter.

Hypefury stayed silent on the matter for about a week despite dozens of people tagging them. Logically, silence was the best move for them, since they had very evidently scammed me and there was nothing they could say that would help their cause (see, they are smart people, just incredibly unethical too).

However, as many customers started to stop doing business with them, they had to say something.

So here’s what they put up: 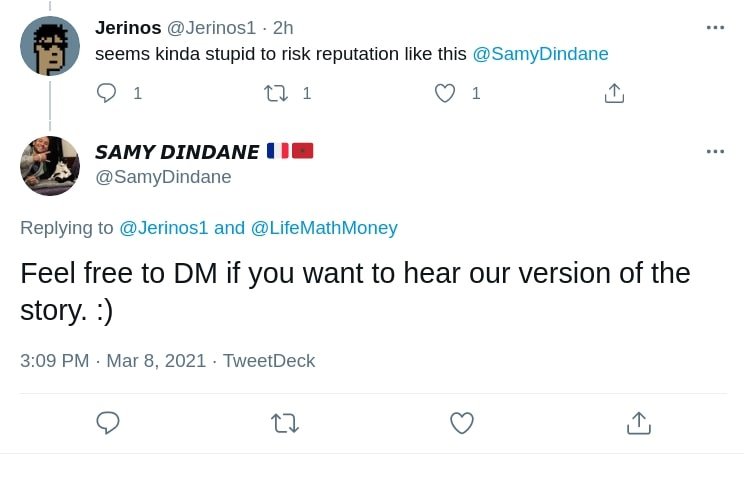 In other words, if you want to hear “their version” of the story, you will have to direct message them (otherwise, it might get publicly scrutinized). Because that’s what honest people do when they are publicly accused of cheating, they say – hey, if you want to hear my version, you need to come talk to me in private so that no one can check and verify what I’m saying.

Anyway, I had a friend who took him up on his offer. He asked him for “his version” and for proof. He then sent me the screenshots, which are reproduced for everyone below: 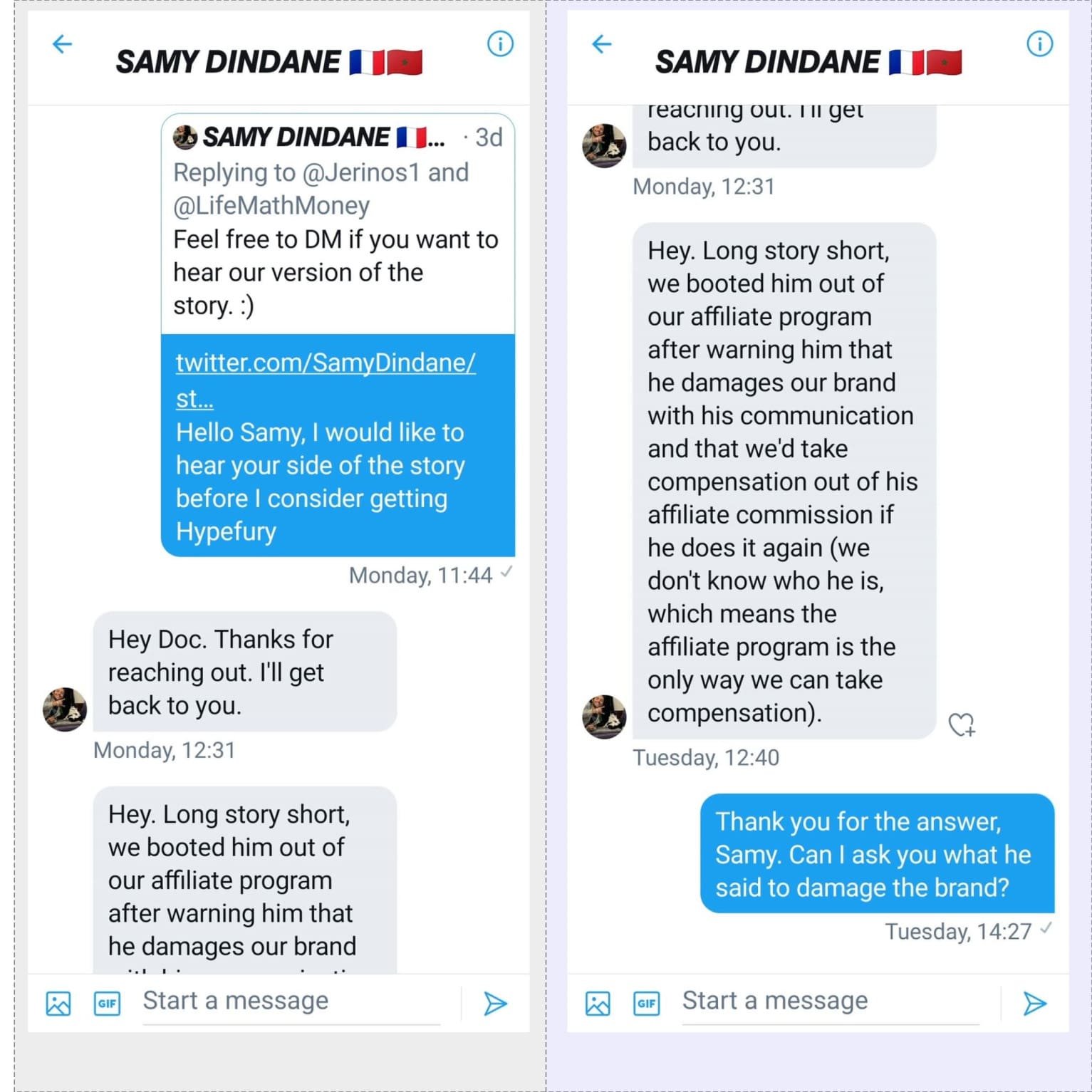 Samy accuses me of saying something that “damaged his brand” and acts like that’s why he deleted my affiliate account, which was generating him $10k+ a year. When my friend asks for proof, Samy stop responding. I can’t even make this stuff up.

Samy is a smart guy for sure, but he must truly believe that he’s the only smart person in the universe if he thinks anyone is swallowing his stuff.

What is more likely, “his version”, or simply that he wanted to keep the money!

He saw that I bought him $10k+ in annual business, and he’d have to pay me 35% in renewal commissions on that amount. He could have fairly kept 65%, but he got greedy and wanted my 35% too. So he just kept it and deleted my account and stopped responding to me. And hoped that I would just shut up and suck it up!

This article is going to stay up on the internet forever. And I hope it saves many honest people from being scammed by these fraudsters.

It takes a long time to build decent cash flow as an affiliate, and people deserve better than being scammed after they’ve done the work for no other reason than because two unethical and greedy people wanted to keep your commission too.

After the publishing of this exposé, several honest people have stopped dealing with Hypefury, as you can see below:

Hypefury’s customer list has been in freefall, because understandably, no one wants to do business with cheaters.

Be smart like these leaving customers. Vote with your wallet. Do not pay liars, scammers, and cheaters. Ask for a refund.

What will you do if you use Hypefury and find out they’ve been selling your business data to third parties? What will you do if they start posting unauthorized tweets on your twitter account? It’s not like they will communicate any problems with you or even respond to you after the fact.

Most people can only suck it up and move on. Most of the time, scamming works – that’s why they do it. Samy and Yannick just had the misfortune of dealing with someone who called them out on it and is big enough to have his voice heard. If they had scammed you, there was nothing you could have done.

So don’t let them scam you in the first place. Take your business elsewhere.

“A faithful man will abound with blessings, but whoever wants quick riches will not go unpunished.” – Proverbs 28:20