WallStreetPlayboys was a blog that hosted advice for finance professionals. I read it for 7 years (all the way from my late teens) and it has had a significant impact on my life.

The blog is now dead – the authors have decided to take it down (they rebranded to “BowTiedBull” and are now making educational content on crypto and personal finance).

Here are some of the lessons from the blog that I found most important and those I stored in my commonplace books over the past decade.

★ The first person to complain can withstand the least amount of pain.

★ You will never meet an unhappy person who wakes up and works towards the things he truly wants. This is no different than being a kid. They wake up and say this is what I want and they do what they can to get it.

★ No matter what you do or who you are, you’re going to get haters, trolls, losers, weirdos, idiots, and straight up psychos who dislike you. Even the president himself has a low approval rating, you just can’t win them all.

★ Poor people pay for entertainment and rich people want to be informed.

★ The only person willing to hire free labor does not have the power to afford *quality* paid for labor.

★ The deadliest company trick in the book is paying someone *more than they are worth* in the early years (22-27 years old). Then… proceed to pay them *less than they are worth* as they remain at the Company. This is a classic move done in high salaried positions such as consulting.

★ If you are good at sales you are not selling to your typical middle class man. Why? He is usually a weird frugal guy who refuses to buy anything. You sell to either women or you sell to wealthy men who are willing to pay a premium for high quality products/services.

★ Infomercials are not there for fun. They are spending money on the airtime. Notice… What products are being sold? Primarily:

★ If your product is legitimate, how you sell it is irrelevant. The only thing that matters is if it *converts*

★ You are going to get more physically attractive from 20 to 35 if you eat healthy and stay in the gym. However… It will become exponentially difficult to learn new skills as you age that are **equivalent to your competition**.

★ If you’re young and don’t have any business ideas, get a *real* career. You will have downtime. During the downtime you can learn to do online sales. This can be done anywhere in the world. Once you are good at selling online you can eventually own the product. The skills are fully transferable. Once the product idea is good to go, you use your aforementioned sales skills and sell. If the product is legitimate you’ll have recurring customers.

★ Don’t follow the path that your peers are following for no reason. Your peers are just as lost as you are. Don’t network at your level.

★ When the media gives you examples of people who became rich and lost friends they are trying to ingrain a negative association with money in your brain. Don’t let them!

★ Most people in the middle class enjoy following rules and regulations because it is how they moved up to their cushy positions.

★ Most people believe that partying and chasing girls until 3 in the morning four nights a week is how you “meet new people”.

★ Your network will expand in proportion to how valuable you are as a person.

★ The need for motivation is for the unsuccessful. If you know someone who needs to be lifted up *emotionally* to achieve something… He never wanted it in the first place. He’s simply someone who wishes upon a star for the world to give him something he never deserved.

★ A good way to see if someone matters to a company or not. Does he travel and spend a lot of time in restaurants/meetings. Pretty simple check. If he’s always around, no one cares that he’s around.

★ Fame is harassment from regular people. Regular people have nothing better to do with their lives than live vicariously through someone else. This is why celebrities go nuts. They are harassed every single day as people charge after their cars just to touch their shirt or skin. Lunatics.

★ If you are never able to sell and never able to scale… you can become “well off” but you will NEVER be rich. You need to make money in your sleep to generate real wealth.

★ A successful man does everything in life with a purpose.

★ Instead of asking how “you can get something” the question you should be asking is “How can I be a positive in a person’s life”. Networking and building a strong social circle is relatively simple at heart, 1) help someone make more money, 2) improve their sex life or 3) improve their mood by being a fun and interesting person.

★ In this day and age the word friendship is dead, we are busy trying to “get ours” with no effort. Instead replace friendship with the word reciprocity. A reciprocal relationship is beneficial to both parties. If your best friend is dragging you away from events you wish to attend and is willing to battle with you for an obscure girl at a club, be certain he won’t be there for you when you need a place to crash.

★ How often do you see a sell recommendation on a Company that has a relationship with the bank? That’s right: never.

★ Do you really want to own all that shit, or do you just want to experience it?

★ The biggest mistake is not upgrading your social circle as you move on.

★ You cannot make a person do anything. You can only sell them on doing something. In addition, the older a person gets the more set in their ways they become.

★ Co-workers are not friends: Absolutely everyone who competes directly with you is not your friend. Do not make this mistake or suffer the consequences. The only co-worker friend relationship you have should be 100% unrelated to your job function.

★ Only a fool would give second chances since there are too many talented people out there.

★ Do not expect women to be anything besides women. Asking them to be men is absurd.

★ You build your life up over a long period of time, since decisions compound, the earlier you get started the better off you will be.

★ Say nothing or say something positive, you gain nothing from dragging someone down. The only thing that is gained is anger in your heart and mind.

★ If college was the best time of your life, you did it wrong.

★ The idea of “big purchase” versus a “small purchase” should be squashed. The only question you need to ask is “What is my return?”. If an item costs $500 or $5,000 the only thing that should matter is the return on investment.

★ Never in the history of mankind has “average” guy been able to obtain a “model” because he was simply a good man. This time never existed and never will.

★ Average guys are worse than average women. If you have ever started a company or at least moved up to a managerial position… You learn this fact quickly. While an average girl may be boring, slightly unattractive and annoying… At least she is not angling to ruin your life. Average guys are the worst. Average guys get jealous extremely easily and are hyper competitive with nothing to show for it.

★ Once you realize work is fun… Your twenties become an amazing time to be alive. You will work harder in your 20s than any other point in your life… Which is the most fun part of being alive.

★ You are not getting any closer to becoming an “MVP” by wearing that jersey. Stop trying to win by association. This is how losers operate.

★ Young people in their twenties think that successful people have hundreds of friends that they talk to *all of the time*. As usual… Complete BS. Successful people have a laundry list of friends that they connect with on *rare* occasions. How can you possibly have your health and money together if you’re spending 20+ hours a week talking to your friends about “life”? Not possible. This is what gossipy women do.

★ In general, lie down. If you’re worth a million or if you’re worth $100 million we suggest adjusting the number based on who is around you. Generally speaking, you’ll “make” 80% of what the other people make. In addition, you’ll be “worth” 80% of what they are worth. This will prevent the following: jealousy and people asking for jobs/work.

★ Good fortune goes to people who don’t need it.

★ Having one source of income that pays for all of your expenses is like putting your entire life into one stock. It’s just not smart.

★ Low scale hustlers are not the same as big ones. The big hustlers find ways to leverage every idea they have and run around like mad men scraping up every deal for their business. They make it. The low scale hustler is always onto these “gimmicks” that make a few hundred dollars here and there that add up to maybe $15,000 a year or so.

★ For some reason people believe that risk is bad. The reality (as you all know) is that risk can also lead to large scale rewards.

P.S. Check out my exclusive interview with WSP! 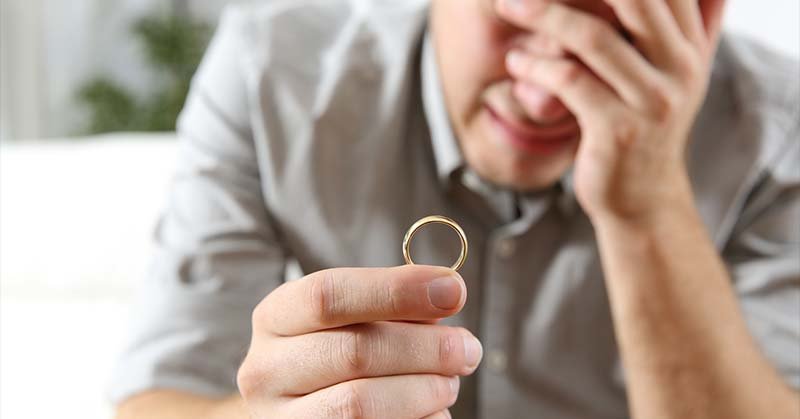