Menu
LMM
Misc
How to Be Well Liked: Blend in with People’s Opinions

How to Be Well Liked: Blend in with People’s Opinions 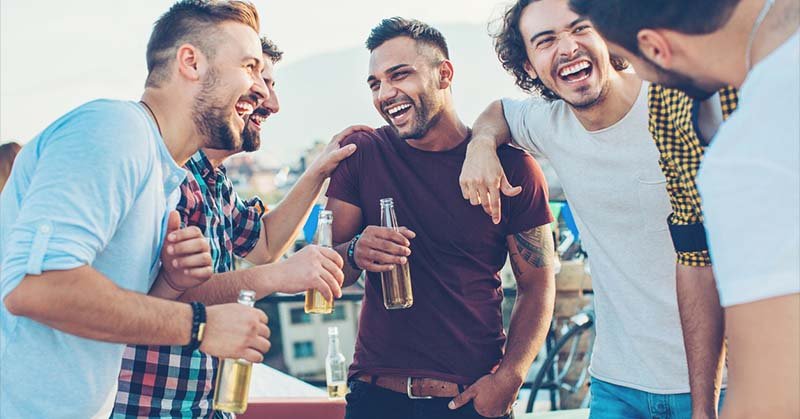 From the desk of Harsh Strongman
Subj: Be the Wolf in Sheep’s Clothing

When you start waking up to reality from the illusions you hold about the world, you start becoming a misfit.

You blurt out your real thoughts.

Your opinions don’t settle well with other people. They see you as blunt and rude, and if you don’t hold your tongue, you become something of an outcast.

You find it confusing; after all, people are supposed to understand and improve their worldview – doesn’t everyone do that?

Someone tells you they want to start a restaurant, and you ask them their plan. Turns out, it’s all wishes, no action. They have no plan and no deadlines.

You notice that the other person’s facial expression changes – they feel bad.

You made the conversation real; you took it out of fantasy land and bought it into the real world.

Suddenly they realize that their restaurant dream is going to be just a dream – that they’re never going to put in the work, and that their illusion of “maybe someday” is shattered.

And you were the one who shattered it.

Instead of thanking you for bringing their vision more in line with reality (and showing them the way), they begin to dislike you because they associate their shattered hope with you.

Likewise, you meet a girl – glassy-eyed humanities college graduate. She tells you how the patriarchy oppresses women and that’s why she has all these problems in her life.

You explain to her that they aren’t oppressed in first world countries … at all.

You are right, but you have now taken away her mental excuse – that her failures in life are not because of sabotage by society, but by her own shortcomings instead.

She now dislikes you for it. How dare you make her feel responsible for herself?

You meet a guy who tells you that he’s looking for a soulmate. He’s spent his life watching sitcoms telling him that he needs to find “the one”.

You tell him that soulmates don’t exist, that love is a biological phenomenon that’s a function of hormones, emotional investment, and proximity.

He’ll fall in love with *anyone* given enough time and investment.

Silence. Anger. How dare you shatter the illusion of a perfect sunset?

Bottom line, much of the world is asleep.

If you wake them up, they won’t feel good because the light hurts their eyes because they’re so accustomed to being in the dark.

Society is structured around a few lies it doesn’t like exposed – these lies were created in order to encourage hope and discourage discontentment.

Those lies keep life going for many people who wouldn’t be able to handle the harsh reality.

Ever since they were children, people have been told that all of their dreams will be fulfilled. They’ll find prince charming and drive into the sunset together. They’ll be rich, fit, powerful. Superheroes.

No one ever mentioned that the process of getting there is hard.

No one said that dreams have to be achieved.

No one said that to find a prince, you need to be worth a prince.

No one said that wealth needs to be created, health has to be earned, and power involves hard strategy.

It was all supposed to fall into their lap, just as a reward for existing.

And when you point out the truth, it hurts. And they associate the pain with you.

They lack the rationality to understand that you pointing out the truth is not what changed everything, everything was already different, and now they’re just seeing the difference.

Even when they understand it logically, subconsciously and emotionally, it’s the same to them.

Their limbic brain does not see that its worldview was wrong; it feels that it was innocent and that you’re the “big bad world” that broke its heart.

A mistake I used to make (and sometimes still do if I’m not careful) when I started seeing reality for what it is was that I would plainly describe what I was seeing.

I would tell people when their mental model was inconsistent with reality.

I thought I was doing a good thing. I was helping them get over illusions so that they can see reality for what it is and act accordingly – it would be in their best interests after all.

I did them a favor, but that’s not how most people saw it.

From their perspective, I was a hater, a breaker of hearts, a drowner of dreams.

They didn’t like me for it, and I lost some relationships.

Later, when it turns out that I was right after all – I see no apologies. Those people still think that I was an asshole – that I am somehow responsible for their failures because at some point, I predicted that they would happen.

Unfortunately, most people are like that – they’re irrational, overly emotional, and low consciousness beings.

They believe that things are how they want them to be, not how they really are.

They project their (idealistic) mental model on to the world, instead of altering the mental model to conform to how the world is.

Not unless you’re sure that they want them opened and will appreciate the tough love (not everyone wants to be unplugged from the matrix).

Just blend in with their opinions.

Oh, you want a soulmate and a perfect sunset? Don’t worry, you’ll find one eventually.

Things aren’t working out and you feel it’s because of oppression? I feel for you, things are unfair.

So you want to be different without doing anything different? No problem, just keep doing what you’re doing and you’ll get there.

Okay, Harsh, are you asking us to lie?

Well, sort of, but not really.

I’m not saying that you should lie, what I’m saying is, most people cannot handle the truth and do not put yourself under the axe for their sake.

Know when to wear the mask and when to take it off.

Be a wolf among wolves and wear some wool among sheep.

Not everyone appreciates your true self, and you don’t have to burn a perfectly fine relationship just to make your point.

You can smile and agree and wish them the best, even if they’re taking a journey to the wrong destination.

You don’t owe people your real opinions, especially when they’ll be angry at you for expressing it.

Keep your true opinions with yourself and only share them with a few trusted people who are also interested in the pursuit of truth and who also want their mental models to conform to reality.

In most cases though, the other side doesn’t want you to help. They actively resist it and will dislike you for shattering their illusions.

They want to be deceived.

Imagine a tiger in a cage. Ever since it was a child, it was told that the cage exists for its protection. It’s given easy food to stay there. It’s taken care of.

You come to the tiger and tell him that tigers are meant to roam free, and hunt for themselves. You break open the cage with a hammer.

The tiger feels that the cage is good and comfortable, and since you’re the one kicking it out of it, it must mean that you’re the predator- would you be surprised that it attacks you in response?