You’ll Never Be a Prophet in Your Own Town 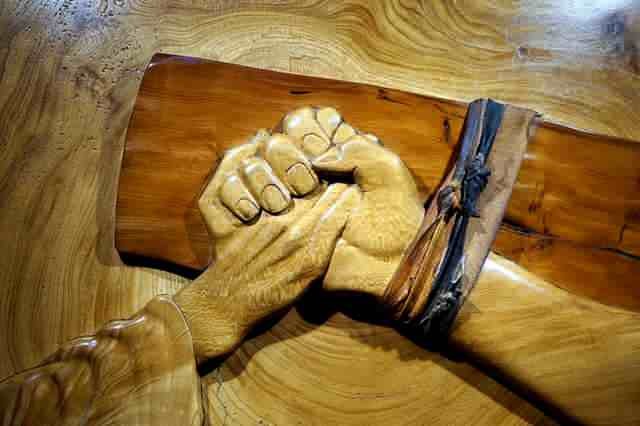 “Truly I tell you,” he continued, “no prophet is accepted in his hometown.

This is a rather interesting quote I found a few years ago. It’s from the Bible.

It applies perfectly to modern life, especially if you’re successful in any field.

You achieve something, and the people who knew you before you became successful will always view you as the person you were before you were successful.

There are two main reasons why this happens, and the first one is simple: First impressions count.

People will form an opinion about you when they meet you. They will create a “mental model” of you as they get to know you for the first time.

And then all subsequent opinions about you will be colored with the lens of your first perceived persona.

If they thought you were an irresponsible kid when they met you, you’re going to be perceived as a slightly irresponsible person, no matter what you do.

Now, of course, some people are more willing to change their opinions than others, but by and large, the first impression lens holds up.

The next one is also simple: jealousy.

“You think you’re better than me just because you did XYZ?”

Jealousy is a strong emotion. No one likes to see someone below them exceed them.

People want to maintain the social hierarchy they are used to being in, and resist change to their perceived status to the point of irrationality.

Now, if you’ve achieved anything meaningful if your life, you’ve probably gone through this.

Hell, you might be the one mentally criticizing someone just to feel that you’re still better than them.

People will fight tooth and nail to cling to their old beliefs. Everyone thinks they are better than you, and they’d like to keep it that way.

And now they’re behaving like sabotagers, trying to slow you down – making fun of your progress, telling you to “chill”, and subtly trying to bring you back to their level (Peer Pressure).

How do you deal with it?

The “schmuck” way would be to continue to spend time in these old circles, because even if they may not respect you as much as they should, you’ve known all these people for years, right? RIGHT?

You think you know them, and that was true when you were at a fairly similar level as they were.

But then you changed. You worked hard and became a completely different person.

You became ambitious, you became proud, and you became someone who was trying to use their time to get ahead (instead of wasting it watching sports and dancing in clubs).

You’ve probably already made silent enemies in your group due to your success – success tends to breed envy and hate.

Now you’re the top crab in the bucket.

They’re going to try and sabotage you. Back “where you belong”.

Average people stay average and keep everyone around them average as well.

Success shaming, guilt-tripping, withholding praise where praise is due, etc. – All designed to slow you down.

But let’s be optimistic.

Let’s say you find yourself in an old circle of friends who aren’t interested in tearing you down.

There’s another problem. You gain nothing by spending time with them now.

If you’re kind, you’ll help those who deserve it and pull them up. But there’s nothing in it for you anymore.

If you’re the best in the room, you’re in the wrong room.

If you’re the best in the room, you’re in the wrong room.

If you’re the worst in the room, you’re still in the wrong room.

There should not be a situation where the concept of you adding any value to anyone has the potential to be interpreted as a joke.

Ideally, you want to be somewhere in the middle of the social circles you hang out in, constantly improving, and helping those who need it.

Your solution is to “upgrade” circles, i.e., as you improve yourself, keep raising the “standard” for those whom you’re willing to invest time with … because every relationship is an investment, and you want to focus on those you think will pay off.

Now, you don’t need to create conflict with your old friends; they were a part of your life at a time after all. You just want to slowly “phase them out”.

I know this sounds harsh, but if you want to get ahead, you’re going to have to leave people behind.

Further reading: The Live Life on Your Own Terms Series.