Menu
LMM
Life
The Grass Is Greener on the Other Side (But Is It REALLY?)

The Grass Is Greener on the Other Side (But Is It REALLY?) 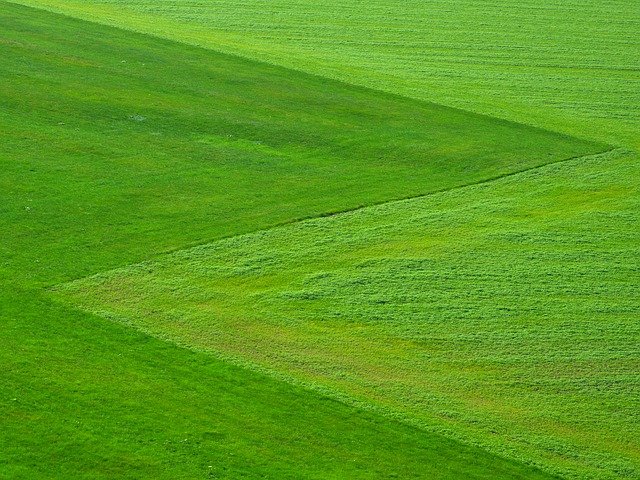 Reading Time:
6 Minutes.
Contents hide
The grass is greener on the other side.
The other side has had the same thought.
They would love to exchange.
But would you exchange lives with him?
Comparisons with other people are inherently biased.
You can only compare your present self to your past self.

A few days ago, I was walking with someone I randomly happened to meet on the track, and mid-conversation with him, I remember thinking:

“Man, this guy has an amazing personality.”

The guy was fun to talk to and was incredibly well animated. If he decided to get into sales, he’d have a great career ahead of him.

I remember feeling a bit jealous, that I wasn’t nearly as naturally persuasive as him.

Over the conversation, we ended up talking a bit about the economy and money in general.

It turns out, he has no real career – he’s got a dead-end job, and mostly spends what he makes partying and hanging out with his friends.

Ironically, as we were talking, he mentioned: “Man I’m so jealous of all these lawyers who make so much money.”

Having dealt with the lawyer types, I can assure you: most lawyers are boring – there’s nothing human about many of them. Most lawyers would exchange personalities with him in a heartbeat.

Now, the purpose of this article is not to judge the guy for not focusing on his finances, nor is it to chastise lawyers for having the fun level of a piece of cardboard; it’s to point out the fundamental human tendency to make one-sided comparisons.

We look at the positive aspects of people – the things we like about them: some are cooler than you, some are richer, some have more muscle, some beat you in all fronts, and we compare their strengths to our weaknesses: I’m not as cool, I’m not as rich, I’m not as fit…

And sometimes we are right – sometimes we’re not doing well in that aspect of life at all. In that case, it makes sense to take a pause and fix that part of ourselves.

But often, you’re doing fine in that area, and these differences are just a result of different priorities and different motivations.

As I was speaking to this guy and comparing my social skills to his, he was comparing his financial position to others. (Now before you misinterpret me – my social skills are pretty good, his were just off the charts good – not sure why he couldn’t find a way to monetize it.)

The grass is greener on the other side.

The grass is always greener on the other side. (Or at least, it looks that way.)

When you make these half comparisons, the grass often looks greener on the other side.

You’re comparing someone’s best aspect or number 1 priority to something that’s only of average importance to you.

If I compare my finances with Warren Buffet, I’d lose, big time. He’s a billionaire, and I’m not even close to that.

If I compare my body to a bodybuilder, I’d feel small. Some of them have more muscle in their legs than I have in my entire body.

The other side has had the same thought.

Now when you take it from the perspective of the other person, they’re also likely seeing your strengths and comparing their average aspects with you.

“Man, this guy is young and has decades of life ahead of him. Meanwhile, I’m old. I wish I had his youth.”

They would love to exchange.

This is where shortsightedness comes in. We get dazzled by the part of other people we feel amazed by (or the ones we feel that we lack), and would happily exchange it with them.

The other side feels the same way. They would love to make the exchange.

I’m sure Buffett would be willing to give away his entire net worth and achievements for a chance to be 15 again. (Or at least, had I been in his place I probably would have.)

But you can’t compare that way.

No 20, 30, or 40 year old in his right mind would want to exchange places with Warren Buffett. He’s 90 years old and on the last legs of his life. He doesn’t even have the physical energy to enjoy his money.

Why would someone switch with him?

The grass often isn’t actually greener on the other side. It only looks greener because you choose to look at the parts of it that are greener.

If you take a bodybuilder as an example: he’s strong, fit, and good looking. You’re good looking too, but not as godlike or as muscular as him.

The grass feels greener on the other side.

But would you exchange lives with him?

The bodybuilder spends most of his waking moments working out, talking about working out, eating clean and managing his *perfect* diet, taking the right drugs in the right amounts, etc.

(Often, these drugs affect his health and mind, and he feels the consequences later on in life.)

The highlight of his life is when he gets on stage with spray tan on and compares his glutes and hamstrings with other men in public (a bit of a dramatic oversimplification there but you get my point).

I don’t know about you but would I exchange lives with a bodybuilder? Fuck no.

But if I only look at his muscles, I’d feel like I wasn’t up to par at all!

Likewise, back in high school, I was a computer nerd. Bullied a bit, not that attractive to girls, chubby. But would I have exchanged lives with the more socially successful but less smart kids? Fuck no.

(And I’ve talked to other people who were nerds back in high school. They wouldn’t take the option either.)

Of course, being both smart and popular is better: the reason you feel jealous of something is that you know your life would be better if you had that particular thing or trait.

The point I’m getting to is, you need to look at the complete picture.

You can’t see only one aspect of something. Intelligence is harder to acquire than social skills, so despite my poor high school experience, I was ahead. But you can only get to that conclusion if you see the full picture.

If you only see a popular kid and an unpopular kid, you will no doubt conclude that the popular kid was ahead of the game.

Now, this is not to say that all people are equal because everyone has different strengths and weaknesses.

Some people are better than others, either because they were born that way (IQ, temperament, etc.) or they worked for it.

If someone is richer, younger, healthier, happier, and more connected than you – and achieved it themselves – hell yeah he’s better and the grass is legitimately greener on the other side – you should take some notes from him!

(In fact, you should take some notes from everyone who’s worked to be great at something – after all, despite his lack of youth, Buffett can teach everyone quite a bit about acquisitions, the bodybuilder can give you some tips on your form even though he may not know much about anything else.)

But, in most cases, it’s fake greenery – the result of the myopic vision of your mind, where you only see the glory and not the sacrifice, only see the pros and not the cons, and only see the part of land where the grass is watered well and ignore the regions where it’s cracking out of dryness.

Comparisons with other people are inherently biased.

From the above, we can reasonably conclude that it’s not possible for us to compare ourselves with others because we don’t know their lives that well.

We know the things they’re doing well in – where they’re kicking ass, but we don’t know where they’re failing, the challenges they’re facing, or what things they’ve neglected for a while (those parts of them are much less visible and they don’t talk about them as much).

Because you don’t know the darker sides of their life, you cannot make a complete comparison.

Take Elon Musk, for example. Paypal, SpaceX, Tesla. He’s done a LOT. He inspires me to try new things. If you only go by this, I’d love to exchange places with him.

But he’s been married and divorced thrice. Would I want his love life? Hell no. And we don’t even know the other problems he’s dealing with.

There’s nothing wrong with being inspired by other people, but…

You can only compare your present self to your past self.

Your only true comparison you can make is with yourself – 1, 5, 10 years ago.

This is because, with your own self, you see the full picture.

Where were you one year ago and where are you now?

If you were deeply in debt last year and now your net worth is $0 (i.e., debt-free) – you’ve done well. You’ve grown.

The real metric is what you have divided by what you started with. Are you growing? And are you happy with the rate of growth?

At the end of the day, you can only work with what you have, so it’s only fair to measure progress with yourself.

Everything else is comparing apples and oranges.