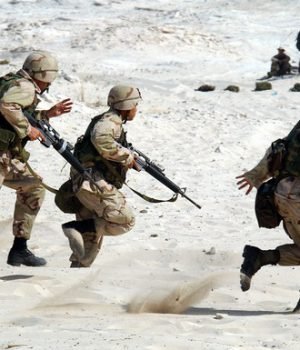 Most people consider themselves to be “victims” of something or the other.

Things happen to them. They can’t do anything about it. Everything is someone else’s fault.

In their mental narrative, they lack control over their own life.

They feel that they’re somehow “broken” and lack the ability to lead a great life.

Almost like the world has been conspiring against them to stop them from getting what they want, or that they were born handicapped in some way.

Well, sorry to break it to you: the world is not conspiring against you. You’re not “incapable” of being great.

Problem-oriented people look at life and see a series of negative intangibles that they blame for everything that’s wrong with them and their life.

Their focus is on the problem and the broader array of external factors that contributed to the problem.

They have no orientation towards internal solutions. They don’t want to change their routines to try and improve their lives.

And because they don’t want to change, they ask the world and everyone else to change.

They become increasingly frustrated as people don’t take them seriously and that further goes to reinforce their mental narrative of victimhood and weakness.

You’ll find these people in all walks of life – always complaining about something or the other but doing nothing to change it.

They’ll often have some nonsense excuse for why they can’t implement a solution.

A solutions-oriented person, on the other hand, looks at life and sees a world of possibilities. He notices obstacles on the way, but he positions himself to deal with them.

Instead of complaining and whining about problems, he tries to do whatever he can to solve them. If he can’t solve them, he sidesteps them.

He’s optimistic and positive because, in his worldview, he is in control over himself. If he feels that an aspect of his life needs improvement, he’ll put in the work to turn things around.

Solutions oriented people also look at problems and the reasons why they happened, but their approach is different.

Instead of blaming other people and their circumstances, they do what they can to make sure their problem doesn’t become a recurring theme (i.e., they learn from their mistakes).

If they don’t see a solution, they accept it and find a way to lighten the impact it has on their life.

Sure, sometimes a solutions-oriented person will complain and vent too, but you’ll rarely see them becoming one of those chronic whiners.

1. Problems oriented people let their circumstances control their life. Things happen to them. They’re always fighting the world and keep getting beaten down. They end up feeling bitter and stuck.

2. Solutions oriented people control the critical aspects of their life. You can’t keep them down for long because they’ll find a way to get up again. They’re optimistic and positive.

Okay, Harsh, I’m a problems-oriented person. Now how do I fix this?

You need to change your mental narrative.

Firstly, you need to stop thinking that you’re somehow ‘broken’, that you lack something that other people have.

Other people are not special. They don’t know some secret you don’t.

Most things require effort, not some special talent.

Think of yourself as someone who can achieve ANYTHING when you put your mind to it, not as someone who’s a fragile tool born to be boring and ordinary.

Next, you need to reprogram yourself to think in possibilities rather than impossibilities. Doing this is harder than you think. (We’ve evolved to live in a world of scarcity.)

When you’re faced with a problem – fight the urge to complain about it.

Look for and implement a solution.

You’ll find that as you can’t complain about problems, you’re naturally more motivated to solve them.

You also need to stop gossiping.

“Oh my god XYZ person is like that he did ZYX …”

The thing about gossiping is that it makes you mentally weak.

You shift your focus from yourself to other people. When you gossip about someone, you are no longer the main character of your story.

Your life and narrative become about them.

If you have a problem with someone, let them know. But never talk behind their back. (It doesn’t do you any good anyway.)

If you think that you live in a corrupt country with no opportunity – don’t complain about your government. Move abroad. If your current circumstances prohibit you from moving, fix them and then move.

To give you an example of solutions-oriented thinking in play: a few years ago, I hurt my back in the gym. I was squatting almost 80kg for reps, and I went down hard.

I couldn’t walk properly for a week.

My back hurt when I bent for over a month.

For most people, an injury like this would completely shatter any resolve they have to exercise. They’ll never show up in the gym again for the rest of their lives.

I went home, I applied a cold pack, and I researched what I needed to do to get back in top shape.

I went swimming for a few months and started doing freehand squats to regain lower back strength and stability.

After two months, I was back in the gym.

I could have cried and bitched and moaned about it (“why me?”) and called myself a victim, but instead, I immediately jumped on to problem-solving mode. I did not let misfortune destroy me.

You could say that I indeed was a victim and would have been much better off had I never been injured in the first place, but you can’t control everything.

Even if you’re not a problem-oriented person, you’ll still have random problems come your way.

The difference is your approach to the situation.

When you find yourself facing randomly occurring problems (or even systemic ones), don’t think of it as a tragedy.

That’s all that most challenges are: learning opportunities.

Remember: the world is full of solutions. Unless you’re dying of cancer, your problems can be solved. Solutions oriented people will always beat problems-oriented people in the long run.

What will your approach to life be?

Drop Friends Who Disrespect You 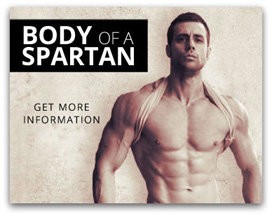 Body Of A Spartan by Victor Pride