Menu
LMM
Rationality
How to Spot a Rationalization (Are You Honest with Yourself?) 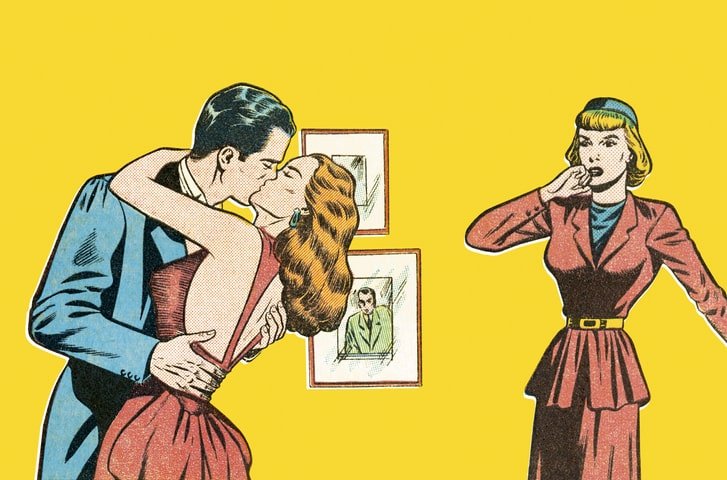 From the desk of Harsh Strongman
Subj: How to spot a rationalization and avoid fake excuses

A rationalization is a psychological defense mechanism that humans use to make themselves feel better about the decisions they made (or are about to make) and the outcomes they get.

It’s important that you learn to spot and overcome rationalizations, as doing so will make you more rational and reveal to you lots of shortcomings in you that you can work on.

Let me give you some examples.

Contents hide
Example 1: Not asking out a hot girl
Example 2: Cheating on your diet
Example 3: Drinking Example
Example 4: Coping with a job rejection
Why you should learn to spot rationalizations
How to spot a rationalization
Be Honest With Yourself

Example 1: Not asking out a hot girl

You see a hot girl in a cute outfit and you want to ask her out.

You see her walking by; you want to go talk to her, but you chicken out. You feel scared and you don’t ask her out.

When the moment has passed, you think to yourself, “I don’t have time for women anyway, I’m too busy with study/work.”

This was very likely a rationalization.

Do a thought experiment: If this hot girl had come and asked you out, would you then decline and say, “No, I don’t have time for women and I’m too busy with work/studies”?

If that is not what you would say, then the excuse you gave yourself for not asking her out was a rationalization to feel better about chickening out.

In other words, it was a fake reason to make the easy decision while avoiding the bad feelings that come with being weak (ego preservation).

Rationalization is a common way that your brain uses to get you out of uncomfortable or scary propositions.

Example 2: Cheating on your diet

To give you another example of this type of rationalization, let’s say you’re on a diet, but suddenly you are craving to eat some pizza.

You resist for some time, but then you give in.

You think to yourself, “It’s good to cheat every once in a while. Some fast food here and there will help my metabolism.”

You order some pizza and eat it.

Do a thought experiment: If you did not have that overwhelming craving for pizza, would you have said, “Some fast food here and there will help my metabolism” and then eat pizza while you’re on your diet?

It was a rationalization. It was a fake reason that allowed you to be weak and do something you respect yourself less for without feeling guilty about it.

He comes home after a hard day of work, and he wants to drink.

He tells himself, “I worked really hard today. I need a drink to help me calm down and relax.”

Did he need a drink to help him calm down and relax, or did he just want to drink so he came up with a plausible reason to allow himself to do so?

Example 4: Coping with a job rejection

Another type of rationalization is where you take a shot at something and get rejected, and to cope with the rejection, you dismiss the person who rejected you as “not good enough anyway”.

A friend of mine interviewed for a job, but he never got a call back i.e. he wasn’t hired.

He felt bad about it, but then he said, “It doesn’t matter, it was a shitty job anyway.”

This is a false reason that he gave to himself to cope with being rejected.

If it really was a shitty job, why did he go and interview for it?

If he would have gotten the job, would he have declined the offer because it was a “shitty job”?

I don’t know for sure, but my guess is that he would have happily taken the job if they had offered it to him.

He was just deluding himself into thinking that the job was “shitty” from the beginning so it’s “okay” that he didn’t get it (in fact, here he got himself thinking that he was better off without it).

Here, once again, you see the human brain using rationalization as a defense mechanism for ego preservation.

Why you should learn to spot rationalizations

The reason why you want to spot rationalizations is that every time you chicken out of a scary action, or be weak and do something you shouldn’t, or just lie to yourself to feel better about things – you lose an opportunity to improve yourself.

Preserving your false sense of ego is far less important than building a real foundation of successes and experience.

Think about it: In all the three situations above, you would have been better off if you had spotted the rationalization and then done what was best, no matter how uncomfortable.

If you would have asked out the girl, your confidence in yourself would have increased and it would become easier for you to ask other girls out in the future. Or at least, it would be less scary because you would be more familiar with the experience.

If you had realized that you were rationalizing and had stuck to your diet, you would be farther ahead with your weight loss goals.

Had my friend not gone for the “it was a shitty job anyway” cope, he might have taken some time to analyze why he didn’t get the job and he could have fixed those shortcomings.

Even though rationalizations make you feel better, they end up making you worse off by robbing you of those everyday opportunities to improve yourself.

How to spot a rationalization

Whenever you find yourself in a scary or uncomfortable situation, for whatever action you decide to take, ask yourself:

If I do the opposite thing, and everything goes well, will I reject the reward for the same reason?

If you were too shy to pitch an upsell to a client, and were telling yourself “the amount isn’t big enough to matter anyway (so it’s okay to not pitch the upsell)”, you will run this thought experiment:

If I pitch the upsell and the client goes for it, would I still think that the amount isn’t big enough to matter?

If not, you have just spotted yourself rationalizing and you should take the shot, because rejection is better than regret.

Besides, doing the upsell pitch now will make you comfortable pitching upsells in the future, even if you mess it up a few times.

When you want to do something you said you wouldn’t do (like cheating on your diet, smoking even though you’re trying to quit, etc.), for whatever reason you come up with, ask yourself:

If you say things like “I worked hard, so I deserve ice cream/a smoke/a drink” – did you work hard that day to indulge in those things, or did you just work hard regardless, and now you are using that as a justification to indulge in whatever you want?

Be Honest With Yourself

When you spot yourself rationalizing, force yourself to do what is best for you, no matter how uncomfortable or scary it is.

Be honest with yourself, even if it makes you feel like a pathetic loser.

Use the pain of mediocrity as fuel for self-improvement.

Eventually, scary things won’t be so scary because you will develop more faith in yourself and you learn that failures are not the end of the world.

Your willpower and self-respect will go up as you stick to your promises and don’t back out of your word.

Your extrinsic value (and selling skills) will go up as you fix your shortcomings instead of just dismissing the world for rejecting you.

And for all of that to happen, you have to start with being honest with yourself.

Admitting when you are lying and deluding yourself to take the easy way out, even if it makes you feel like a pathetic loser.

Everyone hates feeling like a pathetic loser, and once you realize that you’re being pathetic, you’ll do anything to fix that. 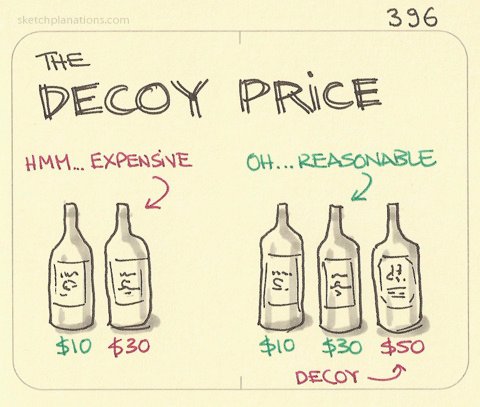 The Decoy Effect: A Fast-Food Menu Trick (With Examples)