Menu
LMM
Misc
Social Skills Advice: How to Be a Better Conversationalist and Be Well-Liked 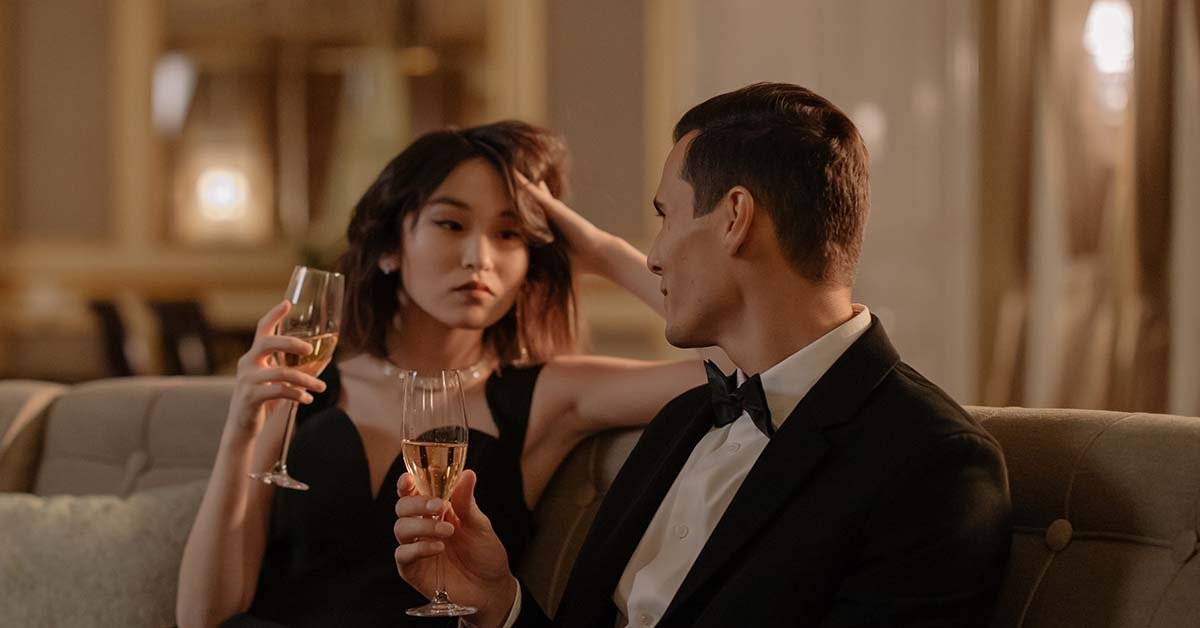 From the desk of Harsh Strongman
Subj: How to Improve Your People Skills: A Practical Guide to Better Conversations

Contents hide
1. Understand that people are interested in themselves, not you
2. Stop talking about yourself – talk about them instead
3. Listen actively and ask questions
4. Agree with people; don’t disagree unless you have to
5. Look them in their eyes
6. Smile and use open body language
7. Compliment people
8. Avoid criticizing
9. Stop giving people advice
10. Practice

1. Understand that people are interested in themselves, not you

If you want to improve your people skills, the #1 realization you need to make is that people are interested in themselves, not you.

You need to understand this nature of people in order to connect with them. If you focus your interactions on yourself, people will not like you very much, because they will not be nearly as invested.

You need to get out of your own head before you can get into other people’s.

2. Stop talking about yourself – talk about them instead

Avoid talking about yourself in the conversation as much as possible.

Talk about the other person – his day, his family, his life, his children, his work, his whatever.

Once again, people do not care about you. They are far more interested in themselves – and they want to talk about themselves. Let them. And don’t interrupt.

This is a mighty thing – to be able to hold your tongue from talking about yourself (let’s not forget that you’re also a human, a self-absorbed creature interested in yourself) – and it’s much harder than it sounds.

You will need some practice.

Try to catch yourself whenever you start using the words “I”, “me”, or “my”. Instead, try to use the word “you” as much as possible.

Try to learn as much about them as possible while giving away as little about yourself as possible (keep it natural though, don’t seem shady).

Funnily, when you do not speak about yourself, people respect you far more. They think you are mysterious and interesting.

And when they speak a lot about themselves, they feel a bit robbed, that they gave away too much. They will go home and ponder on every word you said to try to understand you.

This only adds to their investment in you because now they really want to get to know you better.

This is the hardest and the most rewarding point in this article. It sounds deceptively easy while being deceptively hard.

To get them to keep talking about themselves…

Anyone worth talking to is worth listening to.

Be attentive and listen to what people are telling you.

Do not cut people off and do not interrupt them. Let them talk as long as they can.

In fact, make it a game. How long can you keep them talking?

You learn far more from your ears than you do from your tongue.

Ask them contextual questions about what they’re talking about.

Also, ask open-ended questions. Questions that have answers beyond yes and no.

Trick: If you look at them and stay silent, they will continue talking.

Learning not to interrupt and listen itself takes some practice, but you become more comfortable with it when you see how well it works.

4. Agree with people; don’t disagree unless you have to

Here’s a mistake many smart people make – and I used to make it too: you are argumentative and try to start debates. You disagree with people and tell them that they are wrong. And then people go and shoot the messenger (you).

“As long as you live, never forget that any fool can disagree with people. It takes a wise man, a shrewd man, a big man to agree – particularly when the other person is wrong.” – Skill With People, Les Giblin (India, USA)

Very few people can separate their emotions from their perceptions, and when you are in frequent conflict with someone, you begin to dislike them.

People who love to have disagreements and arguments may often win the argument out of their eloquence and logic and merit, but they collect no goodwill from people, and goodwill is far more useful than being right.

Being likable is a huge and underrated asset.

If people like you, they will stand with you, help you, and take your side even when you’re wrong.

Do not disagree and argue with people unless you absolutely have you.

“Any momentary triumph you think you have gained through argument is really a Pyrrhic victory: The resentment and ill will you stir up is stronger and lasts longer than any momentary change of opinion.” – Robert Greene, 48 Laws of Power (India, UK, USA)

Recommendation: Learn to use the Socratic method.

5. Look them in their eyes

If you look people in the eyes, they will feel far more connected to you.

Just like everything else, it takes some practice. But this one is relatively easy to cultivate.

Don’t break eye contact with them unless they do. It becomes a sticky habit very quickly.

P.S. Don’t look into both eyes at the same time – just look into one eye. It’s much more comfortable.

6. Smile and use open body language

Keep your body open – don’t cross your arms. Be relaxed, not tense.

People can feel your “vibe,” and it affects them, whether they are aware of it or not.

You want to seem like the latter, even when you’re not.

People feel good when their contributions are noticed. They despise you if they think you do not care (or worse, they think you are intentionally withholding encouragement).

If someone worked all night to make a report for you, thank them and acknowledge their hard work.

If your friend loses some weight, let them know that you can see the difference.

It costs you nothing, and it makes people feel very good about themselves. You might just have made their day.

Nothing creates goodwill like making people feel good about themselves.

That said, make sure your compliment is honest – otherwise, you will come off as manipulative.

As I mentioned earlier, people have a tough time separating their emotions from their opinions, and it’s not entirely clear whether people can even do it or not.

Reserve criticism for people who either ask for it or when you really need to give it to them.

Critics make no friends, only enemies. Critics make enemies even in situations where they could be making friends.

This one is for managers and consultants and people who are in roles where you are continually helping other people.

You get so used to telling people how to solve their problems that you start doing it in informal situations as well.

Unfortunately, the vast majority of people do not appreciate advice they did not ask for.

They find it overbearing – it makes them feel inadequate (and your goal in conversations is to make other people feel comfortable).

Not only are you wasting your time giving your advice and help to people who did not ask for it, but you’re also burning your relationships.

Simply agree with people instead of telling them what to do. Remember, they are not your close friends; they’re just people you met along the way.

Don’t let your “problem solving” side overpower you. Let people do what they please and let them learn from their own mistakes.

Finally, the most important one – practice.

Reading this article will not improve your people skills. Implementing it definitely will.

Any idiot can read and forget, but if you want to see results, you need to understand and implement.

Fortunately, the world is full of people, so you’ll have plenty of opportunities to get practice.

Remember, every point here seems deceptively simple, but it’s harder than it appears.

It goes against our instincts to not make the conversation about ourselves, to let other people speak while we listen, to agree with people when we think they are wrong.

However, with some practice, you can become very good at all of it. Remember, you can improve anything, especially when you have so much feedback.

Social skills are … skills. If you put effort into it, your social skills will improve, just like all other skills.

With lots of love,

P.S. I have a newly released Twitter Guide called “The Art of Twitter” now available for purchase! If you want to grow your social media presence or start a social media based side business, get a copy here! 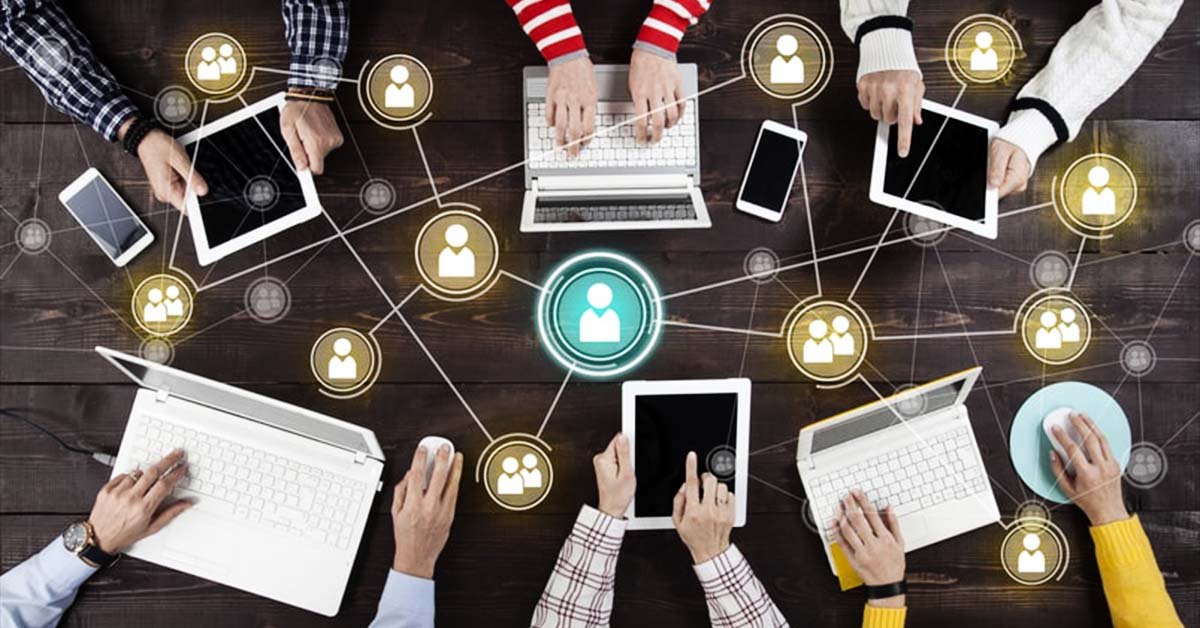