Home Social Skills Stop Being Shy (Nobody is Constantly Noticing You) 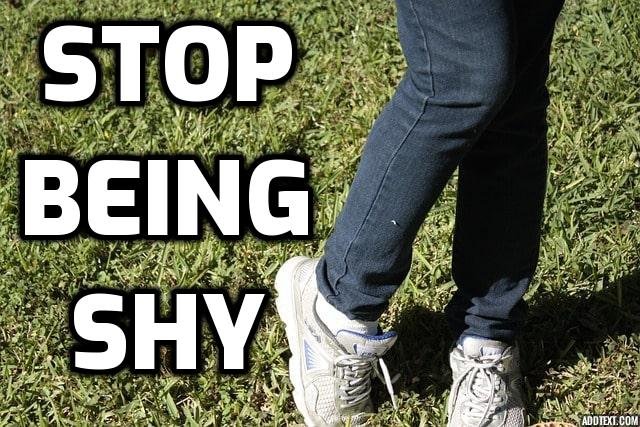 Most shy people are shy because, in their minds, they think that everyone is noticing and judging them.

To quote Pook: Shyness is thinking that EVERYONE IS LOOKING AT YOU. It is a form of junior high school following you. If you get up from your seat, people will look at you. You speak up; people look at you. And so on. This means you will less likely speak, less likely get up, and since every time you do you think you walk on a stage and everyone will notice you.

What ends up happening is that you try to avoid standing out, you speak less, and you take fewer chances (such as asking a client for more business, or asking a girl you met for a date, etc.) – in other words, shyness compromises everything, from your career to your social life.

No one cares about you.

Realize that no one cares about you.

The main reason behind shyness is the looming belief that everyone is always thinking of you and judging you in their heads. Some people even think that other people talk about and make fun of them behind their backs.

The reality is that no one outside your close family really cares about you or thinks about you … at all.

You could go out tomorrow and get your head cracked into two in a car accident, and other than a passing moment of grief, no one would care. In two weeks, most of your “friends” will be over it and would have moved on with their lives.

You are not important enough for people to be thinking about all the time. You are not that important. Period.

When was the last time you thought about something embarrassing that someone else did?

You likely don’t even remember.

The same applies to other people. They are not spending their time thinking about you.

They are too absorbed in themselves (just like you are).

And many of them are too worried about what others think of them for them to be thinking about you.

You are not important enough in their lives to be the main character in their head, despite how long you have known each other. You are just a side character.

The only people who really care about you are your parents, and in some cases, even they don’t care much.

You are not a celebrity, and no cameras are pointing at you.

If you want something, ask. You have nothing to lose.

Do you think people are going to care because you asked for something? You think they’ll remember that you got embarrassed for 10 seconds? Do you think anyone cares that the initial interaction you had with them was a little awkward? You are not that important.

The worse you will get is a ‘no’. And rejection is better than regret.

At the end of the day, it’s all a skill, and skills need to be practiced. If you are “shy” – you are just not good at asserting yourself and being extroverted.

Every time you feel too shy to do or ask something – DO IT. If for no reason other than to prove to yourself that you can. The next time you feel afraid of an interaction, do not hide – go headfirst and do the interaction.

Timidity and hiding from things is no way to live. You are a man. Act like one. It is better to be a man and get a no than be a timid boy and never ask in the first place.

It is a lot like swimming. You might be afraid of the water at first. But you jump in enough times and you won’t be afraid anymore. In fact, you’ll probably start to enjoy being in the water.

Take your shot. You can miss, but you can also get a bullseye. Not shooting is a failure by default. And it’s worse than failing after trying, because now you live your life wondering, “what if?”.

Remember, no one cares if you miss. You might miss a thousand times before you get a hit. The only thing people think is … “Man, I wish I had his confidence”.

Don’t Talk to Men and Women The Same Way

What To Do When People Treat You Badly? 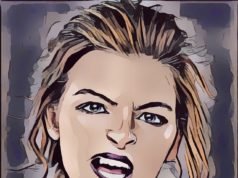 Arguing is a Waste of Time