Home Life Don’t Live Like a Crab in a Bucket

Crabs in a bucket is an odd situation.

When you put one crab in a bucket, the crab can easily escape.

When you put more than one crab in a bucket, the crabs cannot escape anymore – whenever one tries to escape, the others will catch him and pull him down.

It’s so bad that you don’t even have to lid a bucket full of crabs – because even though each one possesses the ability to escape, the other similarly-abled crabs will never let anyone escape.

They’ll grab each other and they’ll grab the crabs trying to escape and pull them in.

The crab mentality is a part of human nature, and it’s especially visible among the masses and the regular average people of the world.

More formally put, the crab mentality is the mentality where “If I can’t have it, then I won’t let you have it either”.

Less formally put, they’re haters and sabotagers who won’t let you get ahead out of jealousy, envy, resentment, spite, and even competitiveness.

However, the large majority of these so-called sabotagers and crabs stem from a situation where they are used to perceiving you as someone who has lower or similar social value as them, and the threat of you rising above them reminds them of their own shortcomings.

Usually, these people have given up on their lives and their situations, they’ve convinced themselves that it’s not them, it’s everyone else, and you improving yourself shakes the loose foundation their fake confidence and self-esteem is built upon.

It reminds them that they’re not doing well because of their own laziness, talentless-ness, prolonged procrastination, and a general unwillingness to take risks.

And this realization really pisses them off.

No one likes to see someone below them rise above them.

So they try to ensure that you don’t get ahead. They try to sabotage your progress.

What they do isn’t as brazen as grabbing your leg and pulling you down like a crab, but it’s essentially the same thing.

They try to bring your self-confidence down by attacking you psychologically.

They’ll tell you it won’t work out.

They’ll tell you that you’re wasting your time.

They’ll tell you that you’re okay just the way you are.

They’ll tell you that you’re not good enough.

They’ll give you bad “advice” designed to make you fail.

They’ll withhold praise where praise is due.

I’ve seen people who were on the path of losing weight and becoming fit get obese again because their friends said things weren’t working.

I’ve seen people sabotage others by giving them “advice” that was purposely designed to make them fail.

“Fuck exercise and fuck society for telling you what you should look like, you’re just fine the way you are.”

“So you’re drinking fruit juices now? Are you sure you’re getting enough protein?” –> This is a fake question implying that your diet isn’t healthy. Meanwhile, their primary source of protein is McFriedCheeseOilCoatedGreasyExtraSauceNugget.

“I thought you were cool man, don’t be like this. Have a drink.”

“Get a Job. Businesses fail all the time. Jobs are the best.”

And here’s the kicker, these sabotagers are not random people on the street, they are often the people who are closest to you.

They can be your best friend, your “urban tribe”, your coworkers, and even your family.

Often those closest to you are your worst enemies.

Think back to the time when you received a backhanded compliment to your personal growth and progress, or a question designed to slow you down – it likely came from someone you know, someone close to you.

If you’re in a more brazen group of crabs, you’ll face active bullying and peer pressure.

This is especially true if you’re a woman.

Women face extreme versions of peer pressure to fit in with the norm from their circles.

You might just become a social outcast if you engage in activities that the group does not agree with.

Don’t drink? Fuck you. We don’t hang out with “uncool” people like you.

Don’t eat processed food? Fuck you. We don’t hang out with “arrogant” health freaks like you.

Reading books? Fuck you. We don’t hang out with “boring” nerds like you.

I’ve tweeted this before, I have lost more friends to personal growth and progress than to any number of fights and arguments that I’ve had.

The quickest way to lose friends and alienate people is to improve yourself.

And there’s nothing you can do to change this reaction people will have.

One way to handle this is to not tell people what you’re up to.

People don’t need to know you’ve been trying to start an online business.

The more you broadcast your actions, the more you are vulnerable to sabotagers.

There’s a reason why lots of rich people practice stealth wealth – it just doesn’t make sense exposing yourself unless you’re going to get something out of it.

(Another reason to not tell people your plans is that when you talk about what you’re going to be doing – your brain releases a lot of dopamine.

You get the neurological rewards that are so similar to the ones you’d get after you would have achieved what you were setting out to do, that it makes it unlikely that you would actually do it.

This is also why some people love talking about success and never venture out to get any success.)

When you get ahead – people WILL be pissed.

People WILL target your insecurities to slow you down.

People WILL try to “show you your place”.

And you WILL doubt your actions.

You WILL wonder if things are worth it.

You WILL want to “fall in line”.

Peer pressure is hardwired into our brains.

Humans have evolved to live in tribes.

Peer pressure evolved as a safety mechanism, where people who left the tribe and ventured out on their own were much less likely to survive on their own.

Your chances of survival by sticking to the tribe were much higher than by being a lone wolf.

Modern day, peer pressure or the need for conformity is just a hindrance that keeps the people mediocre and watching meaningless sitcoms like Friends.

But you must still do it.

You HAVE to be the crab that escapes.

You HAVE to rise from the herd, both mentally and physically.

How do I escape the crab bucket of sabotagers?

By not giving a fuck.

If you’re faced with active sabotagers, where they really try to pressure you into falling in line – CUT THEM OFF.

You’re not losing a friend, you’re losing a traitor.

If you’re faced with a situation where you might become a social outcast – so be it.

I’d rather have no friends than have friends who hold me back.

The crabs will want to be you just as much as they hate you for being you.

In a few years of making the right decisions, you’ll be too far to be caught.

Remember, these are the same people who’re going to come to you asking for help 5 years down the line.

These are the same people who’ll tell you years later that “I always knew you’d make it”.

The same people who tried to sabotage your startup idea will ask you for a job.

But you have to prevail.

If you give in to the peer pressure, guilt-tripping, and fear-mongering, none of this will happen.

You’ll just be another crab in the bucket.

And of course, you have to not act like crab too.

If you see someone trying to improve themselves, offer real encouragement and compliments.

Offer your advice and guidance, and be encouraging.

If you want to be the man, you need to act like the man.

You can either act like a crab, pull in others and stay in, or you can be the man who gets out and pulls others out.

The decision is yours.

Venture out, and venture forth – and I’ll end this with a quote from Ralph Waldo Emerson:

“There is a time in every man’s education when he arrives at the conviction that envy is ignorance; that imitation is suicide; that he must take himself for better, for worse, as his portion; that though the wide universe is full of good, no kernel of nourishing corn can come to him but through his toil bestowed on that plot of ground which is given to him to till. The power which resides in him is new in nature, and none but he knows what that is which he can do, nor does he know until he has tried.“

Why Are You Inconsistent?

Don’t Waste Your Life | An Open Letter to Young Men 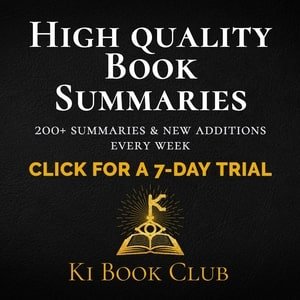 New summary each week at $6/month